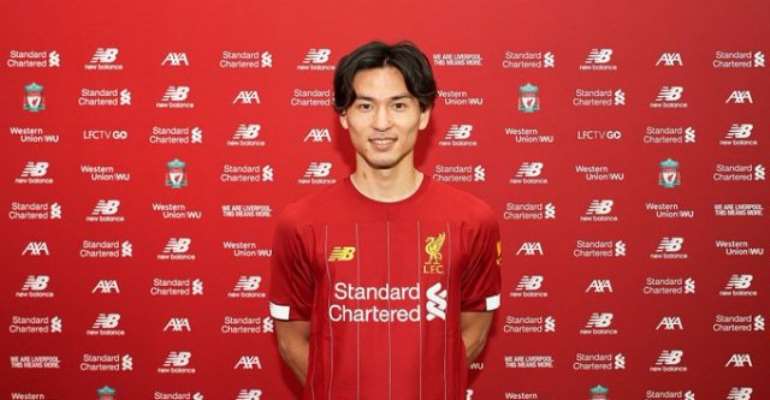 Liverpool have confirmed they will sign winger Takumi Minamino from Red Bull Salzburg when the transfer window opens on 1 January.

The Japan international, who is thought to have a release clause of £7.25m, has signed a four-and-a-half-year deal until summer 2024.

Minamino, 24, has scored nine goals and provided 11 assists in 22 appearances for the Austrian side this season.

"It has been a dream, my dream to become a Liverpool player," he said.

"To play in the Premier League was one of my targets," he added.

"I think this is the top-class league in the world. I was thinking if my career as a footballer progressed smoothly, someday I would be able to play in the Premier League.

"But I never thought I would be able to play in this team and I'm really happy about it. I'm looking forward to it."

Minamino played in both of his side's Champions League group games against the Reds this season, scoring in the 4-3 defeat at Anfield in October. 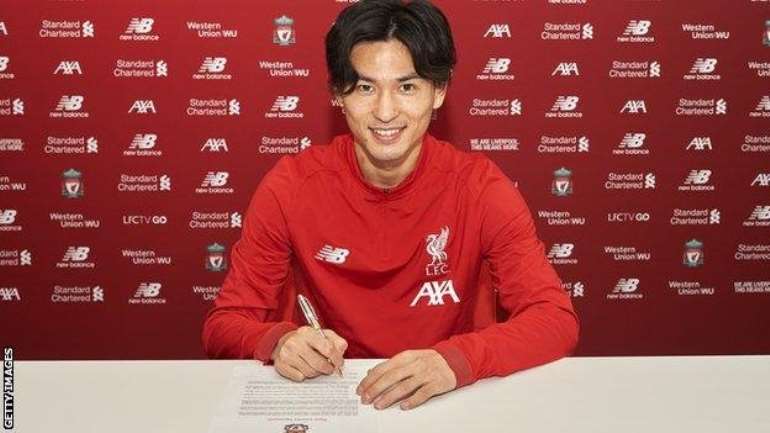 Despite that, he would be eligible to play for the European champions in the knockout stages of the tournament following a rule change by Uefa last year.

"From those games I learned this team has such a high level of technique and intensity," he said.

"Their football is of such a high level and I did feel that they were the champions of the Champions League. Feeling that, it makes me feel even happier that I can play in this team. I'm really happy to be part of that team.

"My target is to win the Premier League and the Champions League, and to make good contributions to the team."

Liverpool boss Jurgen Klopp says the fans know what to expect from Minamino having seen him face the Reds recently.

"Takumi is a very quick, very clever player - he finds space between the lines," added Klopp.

"He is brave with the ball but also brave without the ball - a proper team player. He makes the best of himself for the benefit of others.

"His Champions League experience is a big bonus and coming from the club and organisation he does, we know he'll be well coached, used to an elite environment and had all the right experiences."

Liverpool only made three senior signings in the summer, with goalkeepers Adrian and Andy Lonergan arriving on free transfers and young defender Sepp van den Berg joining from PEC Zwolle.