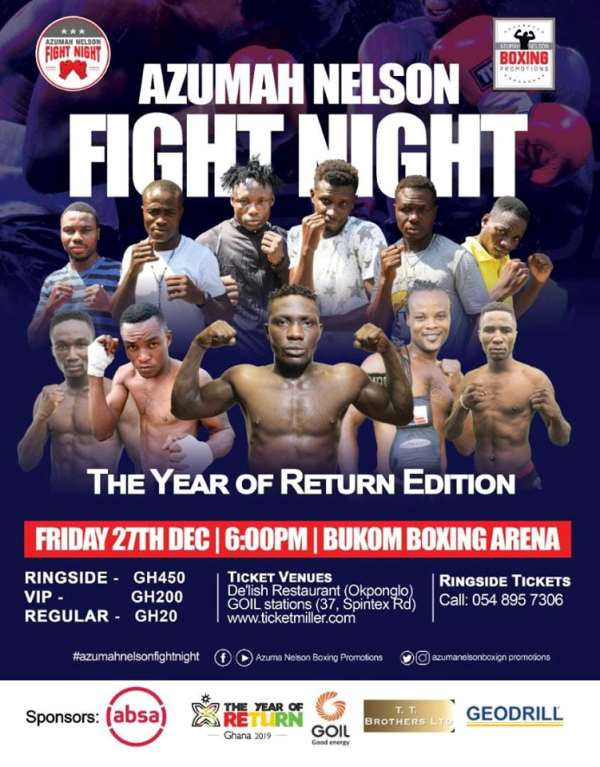 The Year of Return Edition of the Azumah Nelson Fight Night has been scheduled for the Bukom Boxing Arena on Friday, December 27, 2019.

According to the promoters, the bill is part of the year-long celebrations of the Year of Return, and it is to draw tourists into Ghana Boxing.

The bill is very lucrative with popular boxers and rising stars.

Michael Ansah aka One Bullet leads the pack of Bukom and James Town boxers, and he has promised to give a good account of himself after losing his last fight in the United Kingdom.

Manyo Plange and Michael Pappoe are also fighting on the bill, as well as some new entrants in the game.

The promoters have pegged the gate fees as 450ghc for the Ring Side, 200ghc for VIP and 20ghc for Regular.

Tickets can be obtained at Delish Restaurant at Okponglo, Goil Stations – 37 and Spintex and through www.ticketmiller.com.

A Press conference on the Fight Night 'Year of Return' Edition comes off on Friday, December 20 at Delish Restaurant, Okponglo, East Legon, Accra.