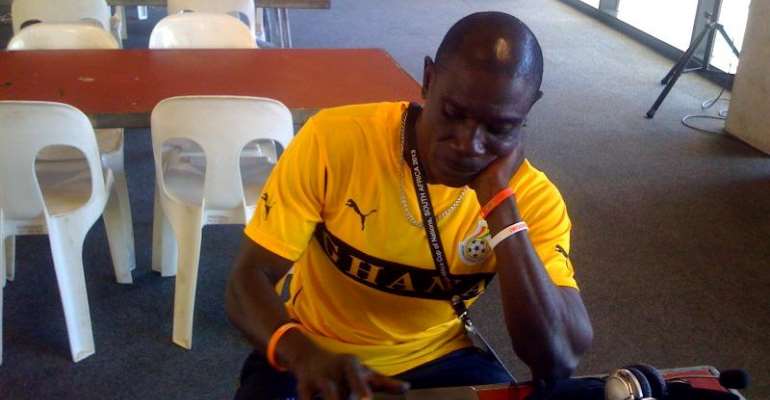 His new appointment was made known at the “Bliss on The Hills” press conference organized by Box office promotions at The Gym boxing training centre in Accra.

The appointment comes in the wake of the promotions efforts to foster a cordial working relationship between the media and the boxing fraternity.

Sammy Heywood Okine aka ‘General One’brings to the table almost three decades of experience in the media and sports promotion field.

He is currently the Ghana Country Director of African Sports Media Network based in the USA, deputy communications director for the Ghana Olympic Committee (GOC) and the Ghana Boxing Authority (GBA). He is also a former deputy general secretary of the Sports Writers Association of Ghana (SWAG).

Alex Ntiamoah CEO of Box Office said the position was a special one to the experienced journalist to help promote the new generation of boxers such as rising star Alfred Lamptey, the Bukom Bomber and others