Alfred Lamptey To Fight In The UAE 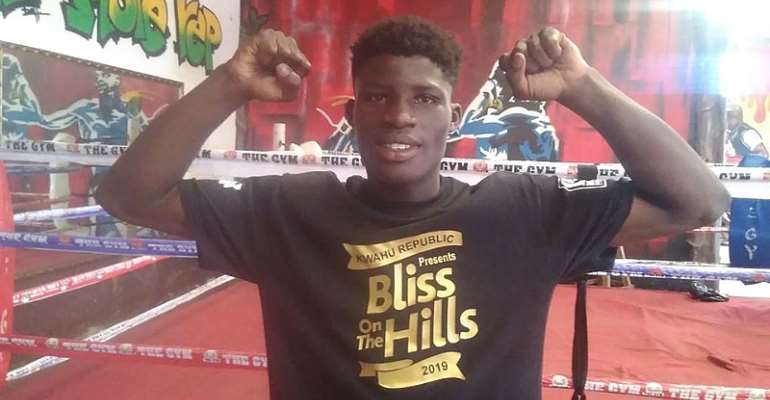 Ghana’s budding pugilist, Alfred Lamptey aka Bukom Bomber who is on the ‘Bliss On The Hill’ bill which comes off in Abetifi, Kwahu on December 26, 2019, has been offered an opportunity to train and fight in the United Arab Emirates (UAE) in 2020.

Lamptey, a victor in all his three professional fights is hoping to make it four in his Boxing Day bout, and top it with a few local fights before moving into the high level.

His ambition is to become Ghana’s next sensation in boxing and has assured his fans and admirers of only better and best things to come.

According to his local manager, Alex Ntiamoah Boakye who has a partnership deal with a foreign boxing management and promotions syndicate in the UAE, plans have reached far to offer Lamptey a fight in the UAE, and push him into the African top ranks as well as the world boxing bodies.

His coach, Eben Adjei of Black Panthers Boxing Gym at James Town describes Lamptey as a future champion who must be guided to realize his dream.

“He is skilful and strong, has stamina and does not fear, with these qualities, I think Lamptey will go very far. Our problem is the environment of James Town and Bukom, where there is always some kind of social activity going on” said welcoming the move to the UAE.