DiBella: Lopez Has Dynamite In His Fists; Has Shot Against Loma 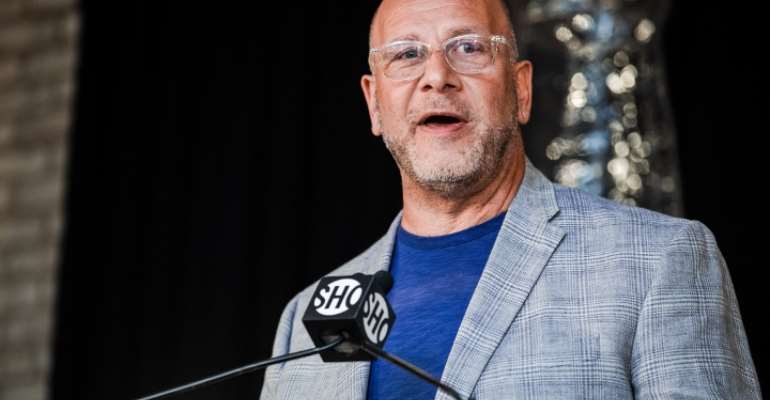 Now that he has watched Teofimo Lopez demolish a powerful champion he promotes, Lou DiBella is convinced Lopez can beat any lightweight in boxing including Vasiliy Lomachenko.

DiBella would favour the experienced, exceptional Lomachenko to win when they meet in a 135-pound championship unification fight. Lopez’s power makes him more than just a live underdog, though, according to DiBella.

“The kid’s got dynamite in his hands,” DiBella told BoxingScene.com following Lopez’s second-round knockout of Richard Commey on Saturday night at Madison Square Garden. “He’s a very athletic puncher, and his offense is so dangerous I don’t think he’s out of it against Loma. He’s not as skilled as Lomachenko, but he’s got dynamite in his fists. He’s a dangerous little f*cker. You know? I wanna see it.”

Lopez has been pushing promoter Bob Arum to match him against Ukraine’s Lomachenko for over a year, however, and now owns the only lightweight title Lomachenko hasn’t captured.

“I don’t know why they’d rush it, honestly,” DiBella said. “But do I think he’d have a shot? Damn right, yeah. When you punch like that, you’ve got a shot with anybody.”

Lopez pulverized Commey with a straight right hand that sent Commey to the canvas 40 seconds into the second round. Commey attempted to get to his feet too fast, which caused him to fall down again.

Once Commey reached his feet and the action resumed, Lopez unleashed a barrage of power punches that forced referee David Shields to step in to protect Commey. Fields waved an end to their scheduled 12-rounder 1:13 into the second round.

Despite Lopez’s superb performance against Commey, DiBella doesn’t think Lomachenko will shy away from fighting the brash Brooklyn native next.

Arum mentioned the possibility of Lomachenko and Lopez squaring off sometime in April at Madison Square Garden.

Whenever they meet, they’ll fight for the IBF belt Lopez won from Commey (29-3, 26 KOs) and Lomachenko’s WBA and WBO 135-pound championships. Lomachenko also is WBC’s franchise champion within the lightweight division.