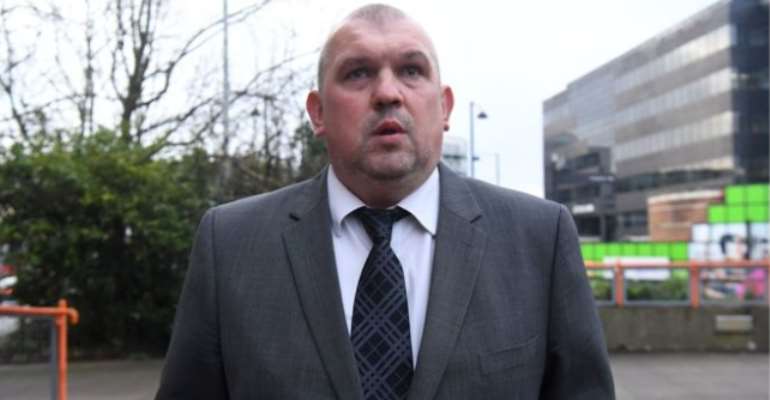 A former Premier League striker who masturbated in front of a mother and her 16-year-old daughter has been given a 12-month community order.

Ex-Crystal Palace star Neil Shipperley, 45, exposed his genitals from inside his van, in Hillingdon, west London, on 17 September.

The mother said she was “disgusted” by the sight.

Shipperley must complete 20-days of rehabilitation as part of the order given at Uxbridge Magistrates’ Court.

Prosecutor Shaan Sethi told the court Shipperley had driven his van up to the victims, winding down his window and stopping the vehicle.

‘Predator’
Mr Sethi said the pair had turned to thank Shipperley for letting them cross the road but “they then noticed he was holding his penis in his hand and staring directly at them”.

They walked away from the vehicle, but Shipperley, from West Drayton, west London, followed in his van. 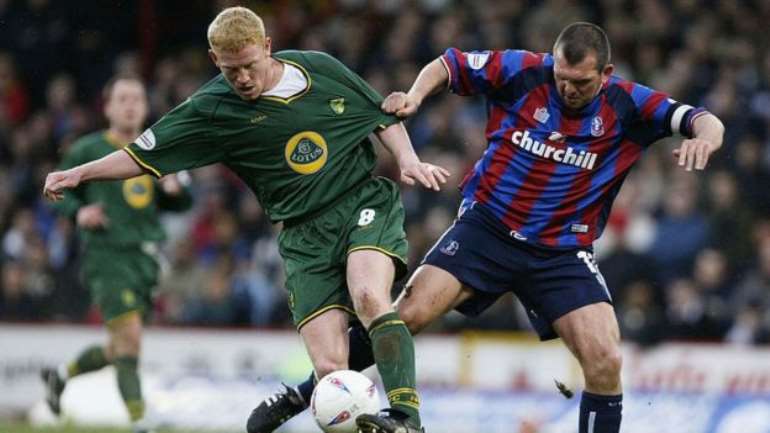 Image caption Shipperley (right) was a professional footballer for 15 years

In a victim impact statement, the mother said: “Some people may see flashers as pests or a nuisance to society. My view of Neil Shipperley is as a predator. His aim was to intimidate us, to violate us, to shock us and to scare us.”

Shipperley, who admitted intentionally exposing his genitals intending that someone would be caused alarm or distress, had “expressed anguish, embarrassment, shame, but above all remorse,” the court heard.

He is said to have sought counselling for personal issues, including the death of his father, gambling problems and debts.

Mitigating for Shipperley, Sarah O’Kane said: “Everything came to a crescendo on the day in question. This was, he thinks on reflection, a cry for help.”

Shipperley, who played for among others Nottingham Forest, Wimbledon, Chelsea and Southampton during his 15-year career, must also complete 120 hours’ unpaid work and pay a £90 victim surcharge, £85 in costs and £200 in compensation.

He is subject to a five-year sexual offences notification requirement order and must report to Hayes police station within three days.