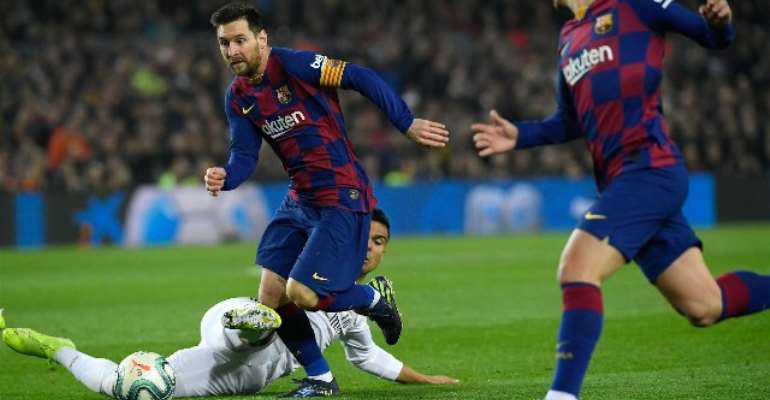 Barcelona and Real Madrid played out a goalless and largely uneventful El Clasico at the Nou Camp.

Gareth Bale's disallowed goal was the closest either side came to scoring, but Real left-back Ferland Mendy was judged to be offside in the build-up.

Both clubs are now five points clear of Sevilla who lost to Villarreal on Sunday.

The 179th La Liga meeting between these sides was originally scheduled for 26 October but was postponed because of fears of civil unrest in Catalonia.

Both teams shared the same hotel in the lead-up to Wednesday's game and travelled to the ground together, two hours before kick-off amid security concerns.

But while several thousand Catalan independence protesters gathered outside the stadium, there was little suggestion that their presence was going to place the fixture in doubt.

There was however an interruption to the game early in the second half, with yellow balls raining down on the field to briefly delay proceedings.