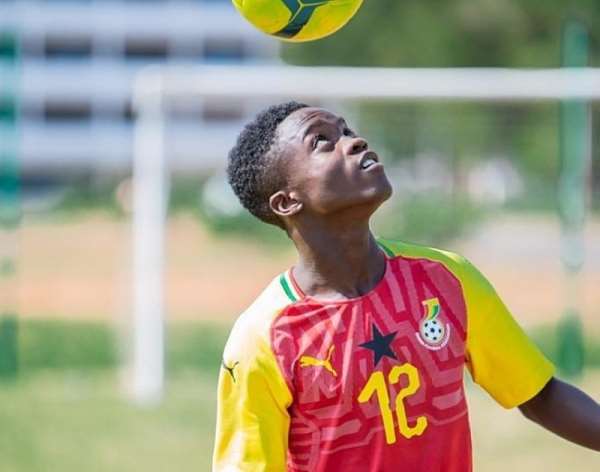 The teenager has been tagged as the next big thing in Ghana football after he was discovered in the Baba Jet U-16 tournament organized by Asamoah Gyan this year featuring U-16 teams from all over the country.

Having emerged as the star of that tournament, the Young Apostles attacker went for a trial at Italian Serie A side Bologna before returning to Ghana.

It is understood that he been training with Kotoko for a while now before finally being offered a contract.

The teenager is joining the Porcupine Warriors with a lot of potentials that will be expected to pay off in the near future especially looking at the quality he has already exhibited.

Ahead of the start of the 2019/2020 Ghana Premier League season, Matthew Anim Cudjoe will have to impress Kotoko head coach Maxwell Konadu in order to have a part to play for the side when the campaign finally kicks off.