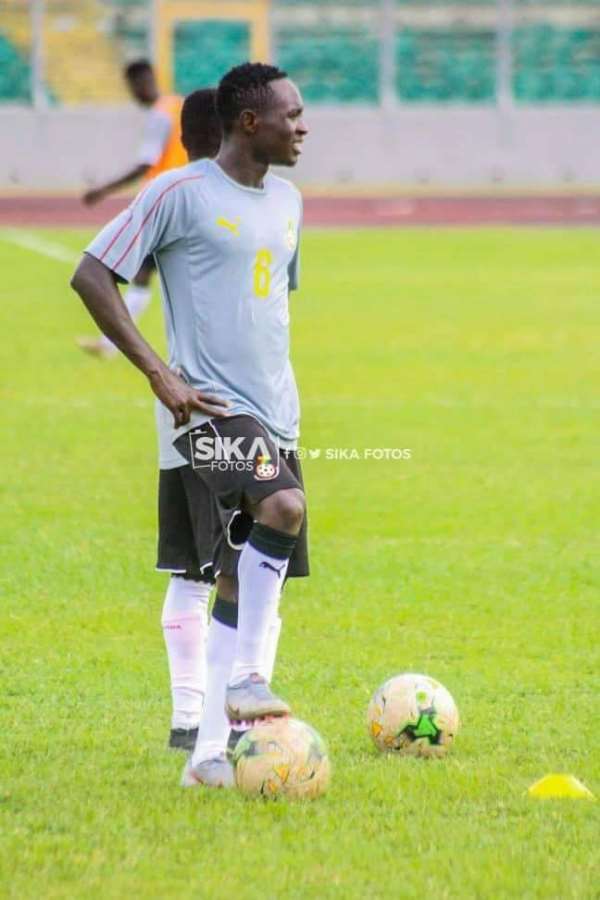 According to growing reports in the local media, Kumasi Asante Kotoko is very close to securing the signature of defender Christopher Nakai Nettey to boost their squad before the start of the new season.

The Porcupine Warriors are one of the few favorites tipped to eventually run away with the title at the end of the 2019/2020 Ghana Premier League season.

After bringing on board experienced coach Maxwell Konadu, the team has now set sight on recruiting players to strengthen their squad for the challenge that lies ahead.

Information picked up has revealed that Asante Kotoko is in advanced talks with Attram de Visser left-back Christopher Nakai Nettey. Though nothing official has been communicated by the club, sources say that the forward has been offered a three-year contract.

Once the transfer is completed, he will become the first arrival under new manager Maxwell Konadu.

He was last spotted with Kotoko during a dinner party organized by Asante Kotoko SC head coach Maxwell Konadu at the Sports Hotel in Kumasi on Monday to interact with his players.

Meanwhile, with the Reds set to sign at least 3 players before the start of the upcoming league season, Nettey will only be the first addition.