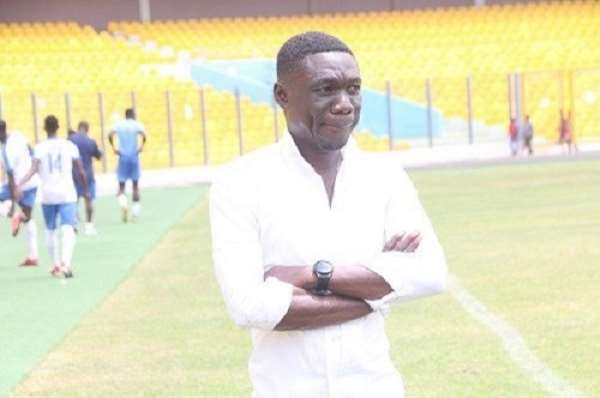 Head coach of Accra Great Olympics, Isaac Nii Armah has reiterated that he will step down from his position should his side fail to win their opening five matches in the upcoming Ghana Premier League season.

According to him, they have set a target of winning all of the first five matches naming it "Operation 15 points".

"We want to win all the five matches at the start of the season," he told Kwese Sports.

"We have named it “Operation 15 points” but then, if after the first seven matches, Olympics do not have the points needed to stay up in the league, I will resign because I want to keep my self-respect and dignity intact.

"I hope that it does not happen because I want to win the first five matches but then, in football, anything can happen.”

The Accra-based club have been very busy in the market signing as many as 10 players including experienced duo Emmanuel Clottey and Godfred Saka.

Meanwhile, GFA on Monday announced the fixtures for the 2019/20 Ghana Premier League season as Great Olympics will be locking horns with AshGold (away), Aduana Stars (home), Bechem United (away), Karela (home), Elmina Sharks (away) in their first five matches of the new season.

Nii Armah will have to over these teams if he wants to be in the dugout beyond the opening games.