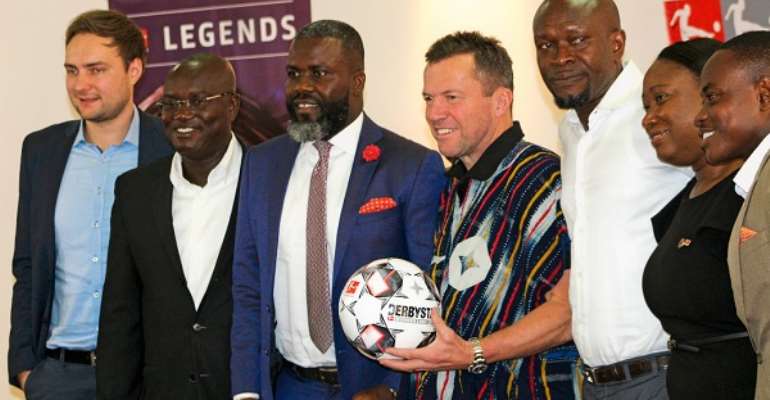 According to the former Ghana Football Association Normalisation Committee member, without a national plan to invest in infrastructure and develop young talent, Ghana will not qualify for the FIFA World Cup.

He said there has consistently been a failure to plan in Ghanaian football, explaining that the country only prepares teams for international competitions.

"I will still believe that government needs to just put money in it (football) but that money will not come from the government it will come from other sources," Kuffour said.

"If we really want to develop our football, we need more than $120million... We need one in between Northern Region and Brong Ahafo, we need one in the Ashanti Region, one in Greater Accra; go to Prampram and make it very nice, go to Winneba and develop it again. So, why not?

"It's not every young one that has to be a footballer. Some of them will go to that school and become and lawyer. So, it's about development and infrastructure, it's not one day we sit here and say we have the talent and we have to go to the World Cup.

Event
The former Black Stars defender was addressing the press on Monday at the StarTimes Bundesliga Legends Tour Press Conference in Accra.

Worst national team
Commenting on the state of football in the country, Kuffour stated that the recent Black Meteors side that participated in the U-23 African Cup of Nations (AFCON) was the worst team to have ever represented Ghana.

Unimpressed by the team coached by his former teammate Ibrahim Tanko, Kuffour said he was not surprised that they failed to qualify for the 2020 Olympics.

“For me, I think this U-23 team is the worse we have ever had. They played as if there was nothing at stake and it is very worrying," Kuffour stressed.

Youth development
The three legends were unanimous in the calls for Ghana to focus on youth development as the country strives to reclaim its status among the best in the world.

He said it was worrying that players of a particular batch of a national U-17 team that fails to win a trophy are often excluded from the next U-20 team.

Akunnor also commended StarTimes for organising a five-day training camp for 100 young Ghanaian footballers. He said such programmes which are run by elite youth coaches will fast-track the development of young players.

Matthäus said at the moment Ghana's national team is not as strong as it was a decade ago but he was confident that by following the path of youth development, the Black Stars would soon reclaim its lost glory.

Mentorship
The trio is expected to engage 100 young footballers on Wednesday at the Lord's Wembley in Shukura.

According to the Head of Marketing at StarTimes, Mrs Akofa Banson, they are billed to share the secrets that made them successful professional footballers with the youngsters.

She said the Tour was part of an effort to enhance the experience of Bundesliga fans in Ghana.

She said the Tour helps to raise the awareness of Bundesliga clubs across the globe with a network of footballers who achieved success in the German topflight.