Kotoko Is Not In The Best Of Shapes - Maxwell Konadu 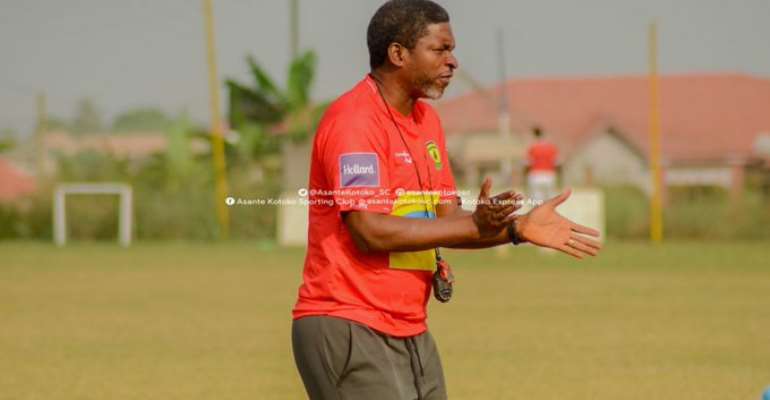 Asante Kotoko head coach, Maxwell Konadu has indicated that his side are not in the best of shapes as they prepare for the start of the new campaign.

The former Black Stars assistant coach took charge of the training session yesterday for the first time after returning to the club on a two year deal.

Speaking in an interview with Kumasi-based Oyerepa FM, Maxwell Konadu noted that his team are not dominating games they way they ought to despite recording wins in their preseason matches.

“Let me be honest with myself and our fans, the team is not in the best of forms, I have monitored friendly matches played, yes we win but we need to dominate and do more", he said.

“At this stage, Kotoko should dominate all matches we play whether losing or winning. That’s the level we want to get the team to then we get to winning ways.

Konadu, who is tied to Asante Kotoko on a two-year deal has been tasked to win the 2019/20 Ghana Premier League and qualify the Porcupine Warriors to the group stages of the CAF Champions League in the subsequent season.