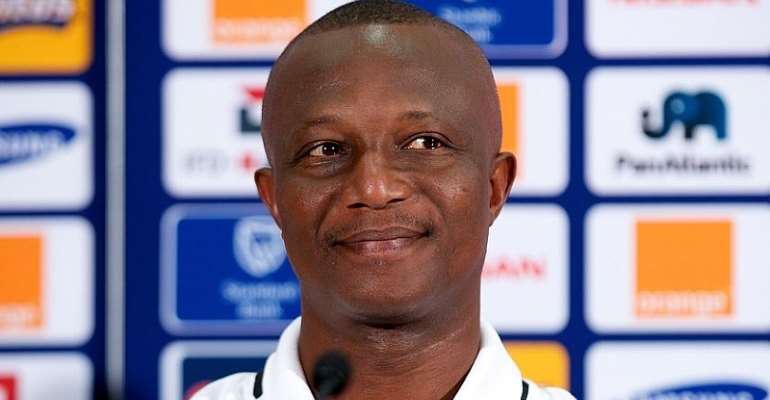 I still cannot believe why the Ministry of Youth and Sports (MOYS) and the Ghana Football Association (GFA) have still not renewed Kwasi Appiah’s contract as the Black Stars head coach. As the appointing authorities, I charge them to come clean on the subject before the end of the year to put to rest the unnecessary agitation and tension.

Even more disturbing is the fact that everybody knows too well that the contract of the Black Stars coach will run out at the end of this month. That became common knowledge after the Normalisation Committee (NC) of the GFA extended Kwasi Appiah’s two-year mandate with extra six months to enable him to lead the Black Stars to the novelty 24-nation Africa Cup of Nations (AFCON) in Egypt in June-July this year.

My verdict is that Kwasi Appiah doubtlessly deserves a two-year contract renewal after spearheading the Black Stars to win their first two AFCON 2021 qualifying matches back-to-back last month. The Stars tamed a well-drilled South African side 2-0 in Cape Coast on November 14 and followed it up with a 1-0 away win over Sao Tome and Principe on November 18.

The two important victories propelled Ghana to the top of Group C and distinguished them as the only side with the maximum points after two games. This is a rhythm that should not be broken by a change of the technical direction of the team at this critical stage of team-building. We made a similar mistake after Ghana’s chaotic Brazil 2014 FIFA World Cup campaign and paid dearly for it.

I believe if we had maintained Kwasi Appiah, Ghana would have qualified to the Russia 2018 FIFA World Cup as he did with the team in that historic qualification to Brazil 2014. That spectacular 6-1 humiliation of seven-time African champions, Egypt, in Kumasi is still fresh in my memory.

But unfortunately, some elements within the FA forced him out and the nation had to pay dearly for it as that decision turned out to be a malicious venture that merely rocked the Stars boat. The evidence of that bad decision was the return of Kwasi Appiah from Sudan in 2017 after Avram Grant had messed up Ghana’s Russia 2018 chances.

I want the authorities to take a cue from history and avoid any decision that will not be in the interest of Ghana in the final analysis. Let me reiterate that what the Black Stars and other national teams need is a long-term plan backed by a consistent technical direction. With the benefit of hindsight, I daresay that the frequent change of coaches will not take us anywhere.

Let me state here and again that Kwasi Appiah is not a bad coach at all as his record with the Black Stars suggests. What he needs is a good assistant which he seems to have found in Charles Kwabena Akunnor. That, together with the quality players to work with, as we saw in the game against South Africa, can do the trick. Every coach is as good as the quality players he has at his disposal.

But the truth is that the quality of our current crop of players cannot be compared with the golden generation which made waves at the Germany 2006 and South Africa 2010 FIFA World Cup tournaments. Unlike previously, our only top performer in Europe currently is Thomas Partey, while the skipper of the side, Andre Dede Ayew, is playing in the Championship in England.

That should tell us that we need time to build a winsome side to take on Africa and the world once again as was the case in the last decade. That is the process the current Stars coach is embarking upon. The plain truth Ghanaians should accept now is that it takes good planning, hard work and patience to get the required results in football.

The fact also remains that African football has evolved, with most hitherto minnows in the game now rubbing shoulders with the sleeping giants. The results of the last AFCON and the ongoing AFCON qualifiers are too obvious to ignore. The clear message that sends to us as a so-called football nation is that we need to come out of the fantasy world and face the realities of the times before it is too late.

As a nation, we cannot continue to make the same mistakes being committed by a club side like Kotoko. Without consistency in coaching, it will be difficult to get the needed results for the Black Stars and the other national teams.

We are not doing things right, yet we want to get the same results as the other countries who are seriously investing in the game. The recent failure of the Black Meteors to qualify for the Tokyo Olympics is a case in point. I hope the Kurt Okraku administration will put the right structures in place to reverse the disturbing trend.

I urge them and the Ministry to overcome the emotional sentiments out there and make a sound judgment regarding the Black Stars coaching job as early as practicable. That decision must be taken now for the sake of effective planning by the coach and the various stakeholders of the team.

Come to think of it, the year 2020 is going to be a very busy year for the senior national team as the Qatar 2022 FIFA World Cup qualifiers are scheduled to begin in March. That will be followed by the remaining AFCON 2021 qualifiers between August and November.

Surely, any serious coach needs to know his status early to be able to plan ahead of this heavy schedule in order to get the needed results. Beyond that, the FA also needs to form a very efficient Black Stars Management Committee to augment the efforts of the coach and his technical staff and the playing body.

Those who understand football know that modern football transcends one particular individual. The role of scouts, as well as the quality of friendly matches a team plays all contribute to ensure its competitiveness.

One good thing about the current team is that it is beginning to regain the unity, confidence and the fighting spirit which used to be the main weapons of the Black Stars in the past few years. That, coupled with the needed motivation and prompt payment of their winning bonuses and other remunerations, can take the team very far.

At this stage, there is no need to take any decision that will draw back the Stars’ fortunes. And this is where a strong leadership needs to be displayed with the future in mind.

As for Kwasi Appiah, he has played his part so well by giving Ghana a head start. The ball is now in the court of the powers that be to complete the deal.

But let me end by saying that it will be very bizarre on the part of the appointing authorities not to extend the contract!