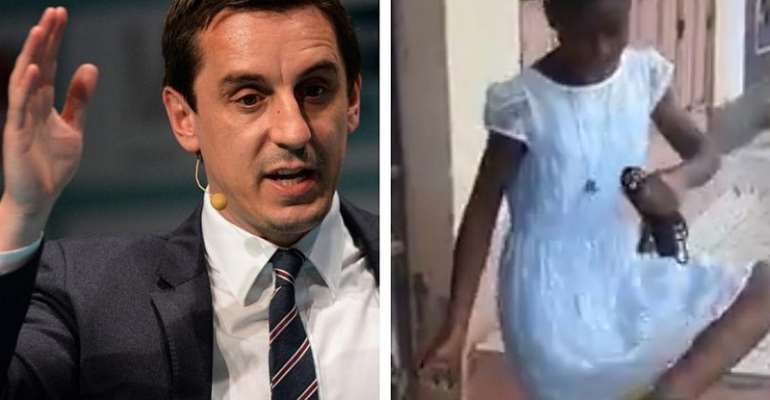 When Black Queens forward Samira Suleman posted a video of her kid sister doing keepy uppies on Twitter, she would definitely have been expecting a lot of attention.

However, even she would have to admit that the level of engagement since she first uploaded the video has been massive.

The video, originally posted on Saturday, currently has almost a thousand retweets and well over six thousand likes.

It features Suleman’s sister doing astonishing keepy uppies, a skill where a person keeps an object, usually a football, off the ground by constantly hitting it up in the air with their foot or any other part of their body.

The girl, who was unnamed, kept the object she was kicking in the air for quite a while, with both her left and right feet.

She even switched things up a bit a couple of times in the video, kicking it with both feet as she jumped.

And it’s not just in Ghana that the little starlet’s skills are getting lots of attention. Even Man United Legend and Sky Sports pundit, Gary Neville has taken notice.

He retweeted the original post, adding that he loved the video.

A number of people who saw the video reacted to it as well, mostly praising the girl.

Save Keta Municipal Assembly from bleeding - Protestors to A...
8 minutes ago