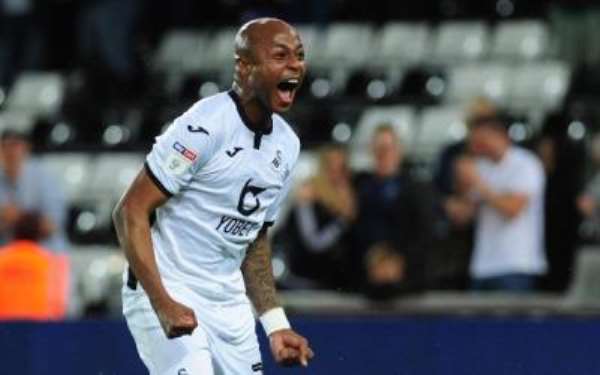 Ghana and Swansea City forward Andre Dede Ayew has been named in the English Championship ‘Team of the Week’ for match week 22 after bagging a brace for his side in their 3-1 win over Middlesbrough over the weekend.

The two clubs were in action at the Liberty Stadium last Saturday to fight for the maximum points to better their positions on the standings of the division.

At the end of an entertaining game, Swansea who played as the home side managed to emerge victorious, thanks to a classy performance from Black Stars captain Andre Dede Ayew.

The attacker stepped up and converted a 20th-minute penalty to give his side the lead and send them into the first-half break well on their way to victory.

Middlesbrough returned from recess a much-improved team and restored parity on the 63rd minute courtesy a goal scored by Marcus Browne.

Eight minutes later, Ayew was on hand to strike again to restore the lead for Swansea City who ended up winning the match by three goals to one.

At the end of all matches played on the matchday, WhoScored.com has given the Ghanaian a rating of 9.0 which has earned him an attacking role on the Championship ‘Team of the Week’ for match week 22. 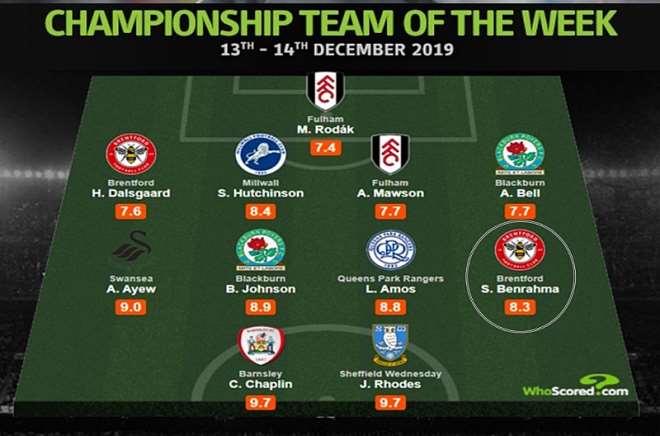