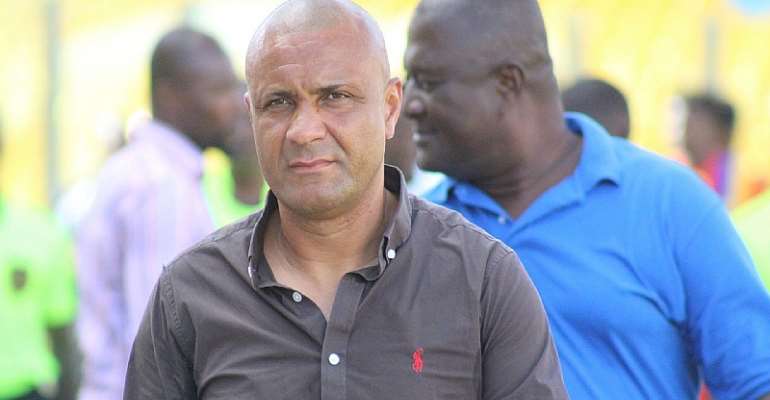 First-team coach and Director of football for Accra Hearts of Oak, Kim Grant has noted that fans of the club should expect a team that plays with a lot of dynamism as well as energy when the new Ghana Premier League season starts.

The 20 times League champions have endured a decade drought as far as lifting the Domestic League title is concerned.

Having taken over the club as its head coach, Kim Grant has managed to build a young but impressive team that has attracted applause from a good number of pundits.

Ahead of the start of the 2019/2020 season, the Phobians are hoping to enjoy a good campaign to ensure that at the end of the day they will be able to end the long drought.

In an interview posted on the Twitter page of the Ghana Football Association (GFA), Kim Grant has shared that he cannot promise to win the league but has assured fans that his Hearts of Oak team will play with a lot of energy and will try to win as many matches as possible.

“A lot of dynamic, energy tempo in our games and you know am not going to promise anything but hopefully if we do the right things and win games which is important hopefully we will be successful and we will see what happens at the end of the season”, the coach said when asked about what Hearts of Oak’s fans should expect next season.

The new Ghana Premier League season will commence on the weekend of December 27-29, 2019.