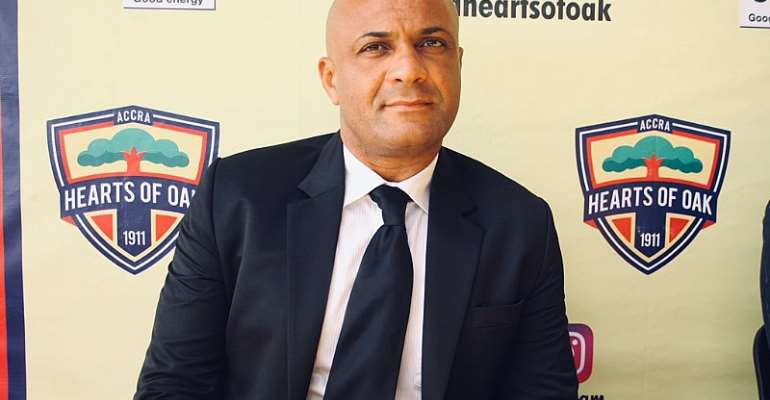 Head coach for Accra Hearts of Oak has opened up on the objective of his side as the start of the 2019/2020 Ghana Premier League season nears closer.

According to the former Black Stars striker, he is expecting a very tough campaign but his team will try and win as many matches as possible to ensure they have the chance of lifting the trophy at the end of the season.

“I will just try and win games and that’s my objective and certainly we will go into every game and we will try to win. Hopefully, we will bring success”, the manager for the Phobians said in an interview with the media team of the Ghana Football Association (GFA).

Hearts of Oak has endured a trophy drought of 10 years with their last league triumph coming way back in 2009.

A decade on, the team is determined to finally end that drought and is hoping head coach Kim Grant will be the man to lead the Rainbow lads to the promised land.

They fared really well in the Normalization Committee Special Competition organized this year and will be building on that as they go into the new domestic football season.