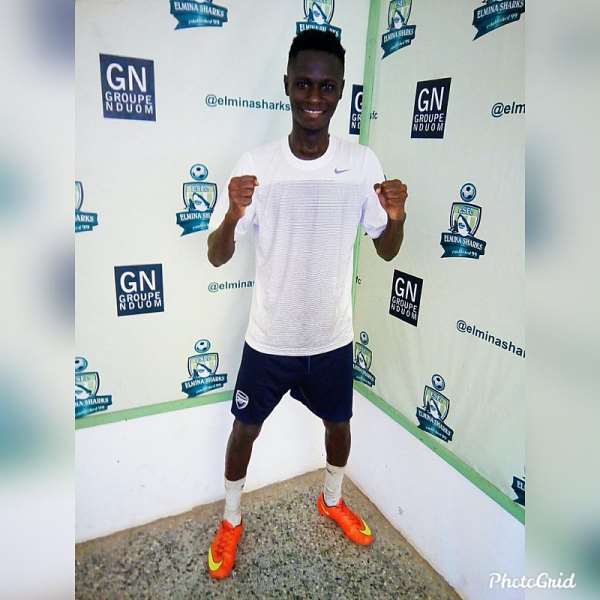 Ghana Premier League side Elmina Sharks has completed the signing of budding midfielder Henry Nana Afankwa ahead of the start of the new domestic football season.

The club has been in talks with the player for quite some time now and has now managed to secure his services to boost their squad for the upcoming top-flight campaign.

Henry Nana Afankwa who is joining the Elmina-based club from GAP Soccer Academy has signed a two-year contract that will see him playing for the team for the next two seasons.

Elmina Sharks will have the player for training this week as they intensify preparations for the 2019/2020 Ghana Premier League season which starts in two weeks time.

The team has looked good in pre-season and managed to record a 3-1 win over Lower Division side Proud United FC over the weekend.

The League kicks off on the weekend of December 27-29, 2019. Before that though, there will be an official launch at the Accra Sports Stadium on Friday, December 20.