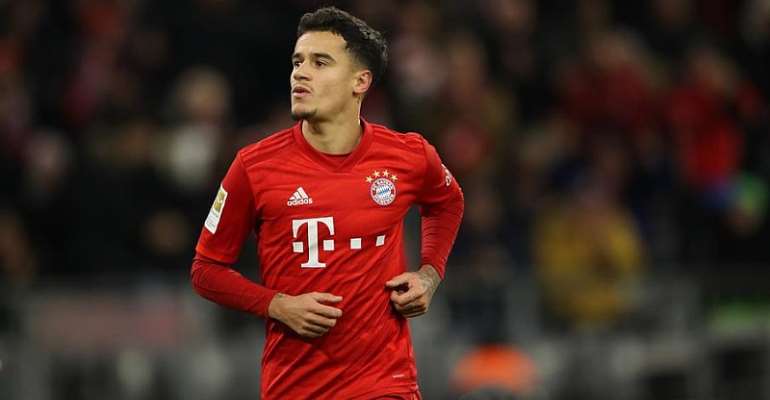 The keeper, who charged knee-first into his opponent to send him to the ground, was sent off with a red card as his foul left German fans in shock.

Gacinovic, who suffered bruised ribs, said it was an unfortunate incident, saying Nuebel did not do it on purpose.

"Unfortunately such clashes occur in football," midfielder Gacinovic said in a social media post on Monday. "Alexander Nuebel thank you for immediately apologising. I can tell you that despite severe bruising in the ribs I am well."

COUTINHO MAGIC
Philippe Coutinho was the toast of Munich after his first hat-trick for the champions that saw them come from a goal down to crush Werder Bremen 6-1. Coutinho, who delighted fans with a sensational chip for his second goal, also set up two more.

The Brazilian, on loan from Barcelona, was an unexpected arrival in Munich this season but had yet to live up to his big-name billing.

DORTMUND IMPROVEMENT
Borussia Dortmund's 4-0 over Mainz 05 - their third league win in a row - was as much down to their attack as it was to their new-found defensive efficiency with a three-man backline.

Defender Dan-Axel Zagadou, who set up Jadon Sancho for their second goal after a 70-metre run, was in sensational form as Mainz managed only one shot on goal in the entire first half.