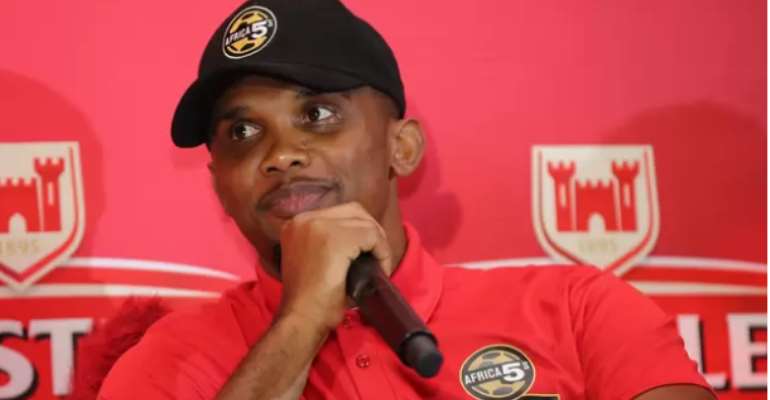 Cameroon legend Samuel Eto’o insists Sadio Mane deserved to win the Ballon d’Or had he not been “let down” by other Africans who voted against him for the award.

Following outcries within the African football community after Mane missed out on the award, Eto’o believes the Senegal international should have been the Ballon d’Or winner.

“If Sadio Mane won it and was on the podium, no one was going to complain because he deserves it and has been doing well and he had the best season,” Eto’o said as per IOL.

“Messi (Lionel) won because all the South Americans voted for him. I think the Europeans also voted for Virgil Van Dijk hence he was the runner-up.”

Eto’o blamed African voters for snubbing Mane as former Liberia captain George Weah remains the only African to have won the award.

“We, as Africans, are letting ourselves down. We need to unite if we are serious about ending the dominance of the Europeans and the South Americans in the race to be crowned the best players in the world.”

In January 2020 the Caf African Footballer of the Year will be announced and Salah is in the running for that award together with Mane, Manchester City’s Algeria captain Riyad Mahrez together with Arsenal skipper Pierre-Emerick Aubameyang.

“We have a lot of big players in Africa now. Mohammed Salah is doing well,” Eto’o said.

“Sadio is also on top of his game. Then you have Aubameyang, Riyad Mahrez and Idriss Onana. It is very difficult for me to choose one. The guy that will win is going to be the best.”

Salah has been named Caf’s best player for the past two years.