I Was Stunned With My Black Stars Call Up - Iddrisu Baba 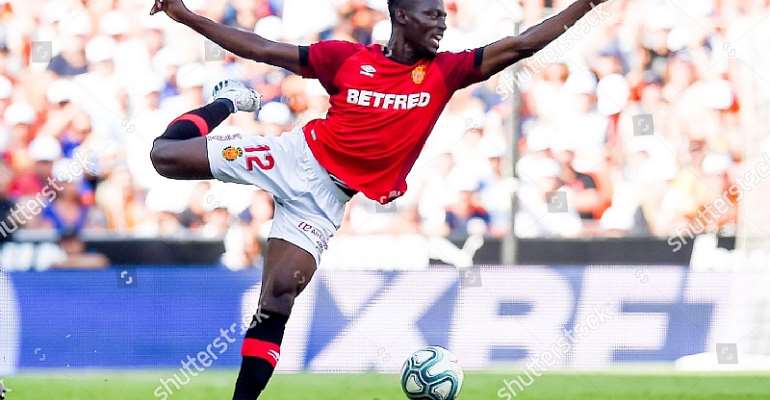 Real Mallorca midfield enforcer, Iddrisu Baba has revealed that he did not believe his call up to the Black Stars ahead of the 2021 Africa Cup of Nations qualifiers.

Baba was named in Kwesi Appiah 23 man squad for the match for the doubleheader against South Africa and Sao Tome.

Baba made his debut in a 2:0 win over South Africa at the Cape Coast Stadium and made a huge impact.

He also returned to the line up in a 1:0 win over São Tomé and Príncipe away.

Despite his impressive impact, the 23-year-old says he was stunned with his inclusion in the final 23 man squad.

“First of all, it’s a dream come true,” he told Play Red. “I don’t know how to put it, but for me, I don’t have a particular word to describe the situation but I think it was a very fantastic moment and I really enjoyed every moment with the national team.

“When I saw the list, I didn’t really pay attention to it. Before the list comes out, there are rumours and everything and even fake lists. I had to take my time and while I was taking my time, I had phone calls from friends and family and they were saying that I was on the list from the local radio station back in Ghana - that was when I realised it was something serious.

“I learnt a lot," he added. "Well, it’s almost the same [here], about the dedication and hard work that players put in.

"Sometimes you watch a player going the extra mile and it motivates you to also try to catch up with their level so I learnt a lot on the field and off the field,” he added.