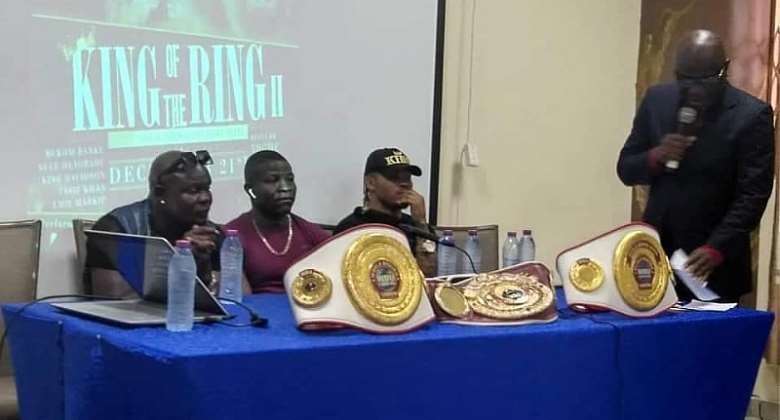 The only Ghanaian WBU world champion Bukom Banku will thrill again at the Bukom Boxing Arena in Accra on December 21, 2019.

Bukom Banku aka Braimah Kamoko, the star on the King of the Ring Bill, alongside other boxers and the promoters met the media last Saturday at Tomreik Hotel, East Legon to brief them on latest developments towards the date.

Bukom Banku said he was happy to announce his return to the Boxing Arena on December 21, 2019, and urged boxing fans to get their ticket come and fill the arena.

He said the WBC belt and WBU at stake will be stay here in Ghana.

The December 21 show will be another opportunity for Ghanaian boxing fans to see Bukom Banku who has improved after he was beaten by Samir Bastie.

Rates for the show were announced as 50ghc for regular, 150ghc for VIP and 300ghc for VVIP.

The bill will feature top musicians who will entertain fans.