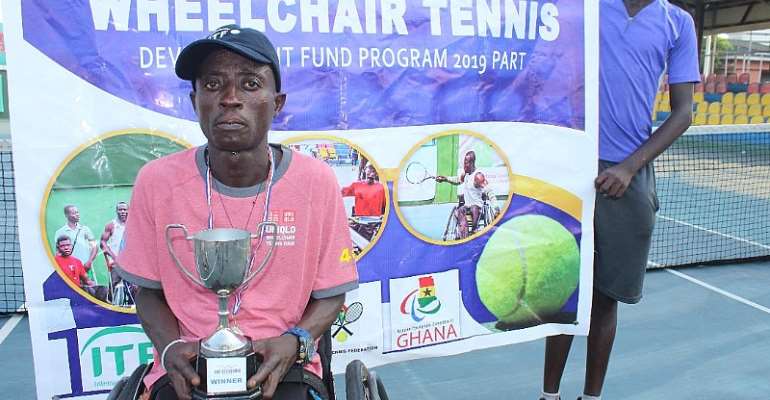 In the first set, After Baba Nuhu took a 2-1 lead, Inform Daniel Laryea brilliantly displayed a forehand winner followed by an equally breathtaking backhand to level things up, Laryea maintains his aggressiveness and won the set 6-2.

In the final set, Laryea was surprised by his play in the second set. So he decided to stick to his successful tactics in the first set, seeking to tee off on Abdul Razak’s serve and push him behind the baseline to start the point. With Abdul Razak serving at 30/40, 0-5 Laryea stepped onto the court and blasted an inside-out backhand winner to win the set 6-0.

Daniel Laryea, after the 2-days Championship, said: “I am truly happy with this achievement; it’s not been easy because everybody was determined to win, other players did their best but I knew right from the onset that I will win this championship”.

Henry Larbi also said All four finalists will be representing team Ghana at the 2020 PNB Paribas World Team Cup Africa Qualifiers that will be held in February 2020 at Nairobi Kenya. The tournament was fully sponsored by ITF Wheelchair Tennis Department.