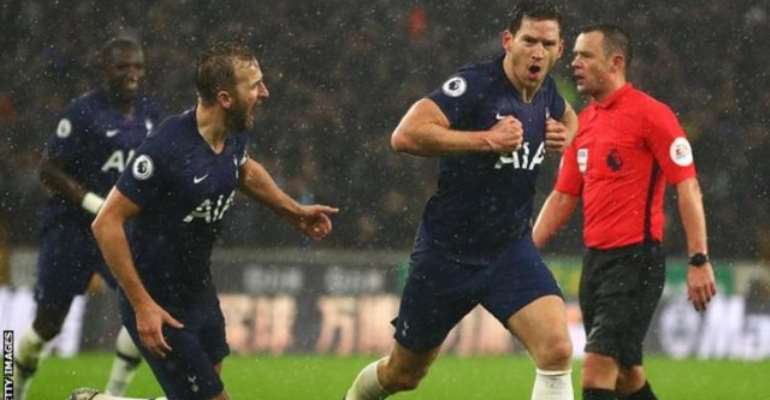 Vertonghen headed in from a corner in injury time, after Wolves' relentless approach had been rewarded as Adama Traore thumped in a deserved equaliser from the edge of the box midway through the second half.

Following a breathless opening period, Lucas Moura's mazy run and exquisite finish into the roof of the net had put Tottenham ahead after eight minutes.

Spurs had to withstand intense pressure as Wolves chased an equaliser, but it was they who went closest before half-time as Eric Dier struck the post from Dele Alli's delightful, dinked pass.

Tottenham goalkeeper Paulo Gazzaniga produced an excellent save from Romain Saiss' header in the closing stages as Jose Mourinho's visitors hung on, before Vertonghen's decisive goal.

Victory sees Tottenham climb above Wolves to fifth, three points behind fourth-placed Chelsea who they face next Sunday.