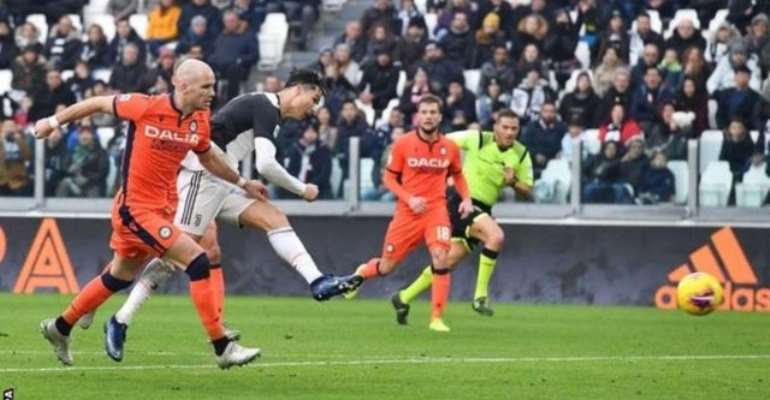 Cristiano Ronaldo scored twice as Juventus beat Udinese to go top of Serie A - for a few hours at least.

The Portuguese blasted in a crisp shot from the edge of the area for a fourth goalscoring game in a row.

He then smashed in a first-time shot from Gonzalo Higuain's through ball before Leonardo Bonucci headed home to make it 3-0 before the break.

Ronaldo almost grabbed his first Serie A hat-trick as he hit the post, before Ignacio Pussetto's late consolation.

Juve keeper Gianluigi Buffon made his 646th Serie A appearance, one short of Paolo Maldini's all-time record. It was Buffon's 700th league appearance including Serie B and the French top flight.

Inter Milan will go back to the top if they avoid defeat at Fiorentina (19:45 GMT).