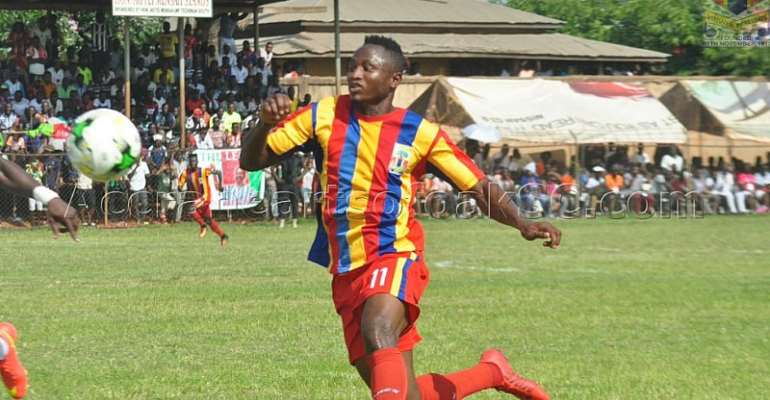 Accra Hearts of Oak could be without danger forward Joseph Esso when the 2019/2020 Ghana Premier League starts following reports that he is close to securing a move to Sudanese top-flight side Al Hilal.

The player has been outstanding for the Phobians since joining them from Ebusua Dwarfs and was particularly lauded for his performance with the club during their campaign in the Normalization Committee Special Committee.

His exploits earned him a call-up to the Black Stars B team where he represented Ghana at the WAFU tournament hosted in Senegal this year. He managed to score two goals and helped Maxwell Konadu’s team to finish second at the end of the tourney.

Information being picked up indicate that the Black Stars B attacker is a transfer target from the Sudanese side who is keen on wrapping up his transfer as soon as possible.

Unconfirmed reports have even indicated that Accra Hearts of Oak has already reached an agreement with Al Hilal for Joseph Esso to join the side once the transfer window opens.

If his transfer to the side does go through, it will be a big blow for the Rainbow club as they aim to be crowned champions of the upcoming Ghana Premier League season.