Richard Commey Loses IBF Title To Lopez After Round 2 Knockout 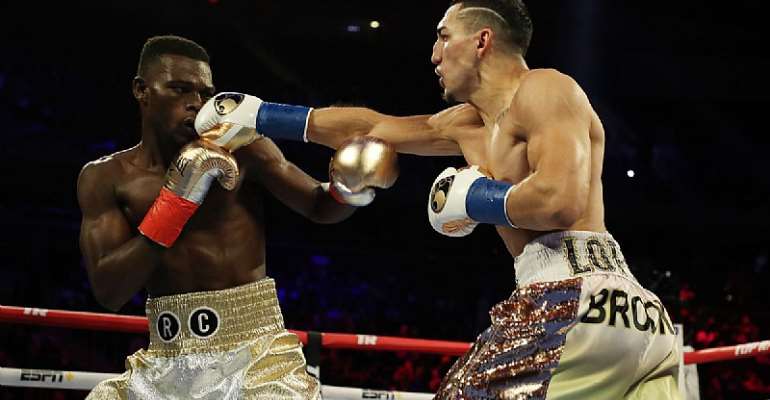 Ghana's Richard Commey lost his IBF Lightweight title to Teofimo Lopez after a second-round knockout at the Madison Square Garden in the United States of America on Sunday morning.

The 32-year-old began the bout on a good note and even won round one 10-9 but lost concentration and suffered a heavy punch which landed him to the canvass.

Although Commey tried hard to fight back, he was nowhere near his usual best as Lopez made sure he knocked him out to the surprise of many spectators. The counter-right which Lopez landed Commey which won him the day was similar to the one Robert Easter Jnr landed on Commey in their fight during the 12th round but survived at that time.

Lopez, affectionately known as 'The Takeover' has now gone 15 bouts without a defeat and boasts of 12 knockouts.

Commey has now joined Isaac Dogbey as the second Ghanaian to lose his world title in 2019.

This defeat means that Ghana will end the year without any world title.