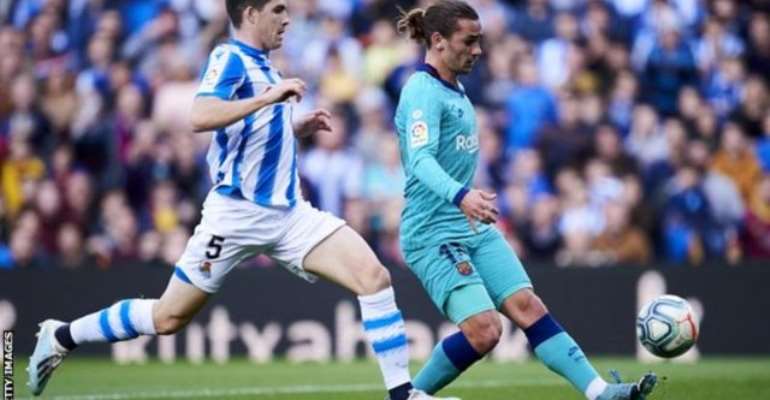 Mikel Oyarzabal gave the hosts the lead with a penalty after Sergio Busquets fouled Diego Llorente, but Antoine Griezmann equalised with a clipped finish against his former club.

Real Sociedad were probably the better team with 53% possession and 19 shots to Barca's nine. Martin Odegaard, on loan from Real Madrid, was a key influence on the game although none of his five shots were on target.

Barca go one point clear of Real Madrid, who visit Valencia on Sunday (20:00 GMT). The old rivals meet in El Clasico on Wednesday.