Bundesliga: Sancho Scores For Sixth Game In A Row As Dormtmund efeat Mainz 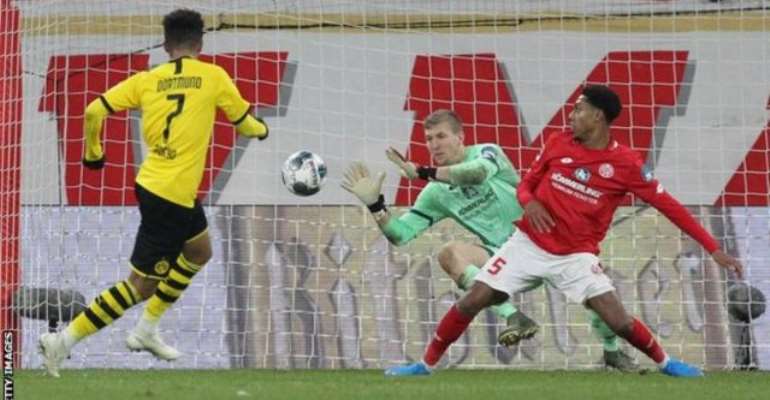 He is the first player in Europe's top five leagues to score and assist 10 goals in all competitions this season.

The 19-year-old scored from Dan-Axel Zagadou's cross to make it 2-0 after 66 minutes, as well as hitting the post and setting up Nico Schulz's goal.

Marco Reus had given the visitors the lead, with Thorgan Hazard also scoring as Dortmund remain third in the table.

Sancho, who last failed to score in a club game on 9 November, has now scored 21 Bundesliga goals in his career.

Only two players - Horst Koppel and Kai Havertz with 24 each - have ever scored more as teenagers.