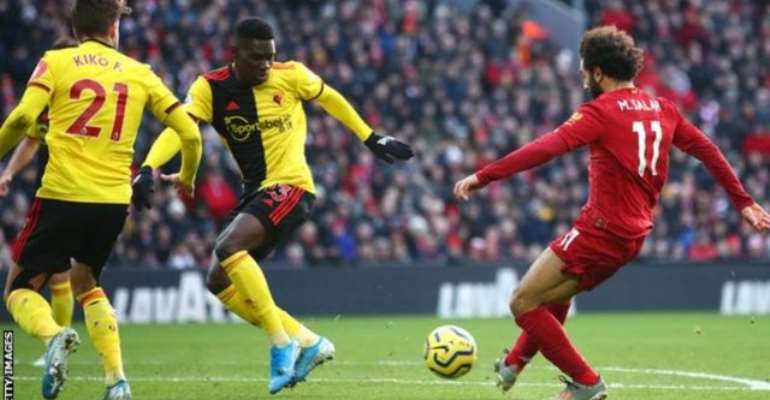 Salah curled the ball into the far corner for the opener before flicking in a late second in the final minute of normal time at Anfield.

Watford missed chances in both halves, while Liverpool's Sadio Mane had a header ruled out for offside following a review by the video assistant referee (VAR).

Liverpool remain unbeaten in the league this season while Watford are six points - and with a substantial goal difference to overturn - adrift of safety.

The Reds were made to work for their victory though - goalkeeper Alisson making smart saves after the break, while Watford's Ismaila Sarr also wasted a huge chance.

Salah squandered opportunities of his own too, but Liverpool did enough to pick up their 16th victory of the season.