Ayew Scores Twice To Inspire Swansea To Victory Over Middlesbrough 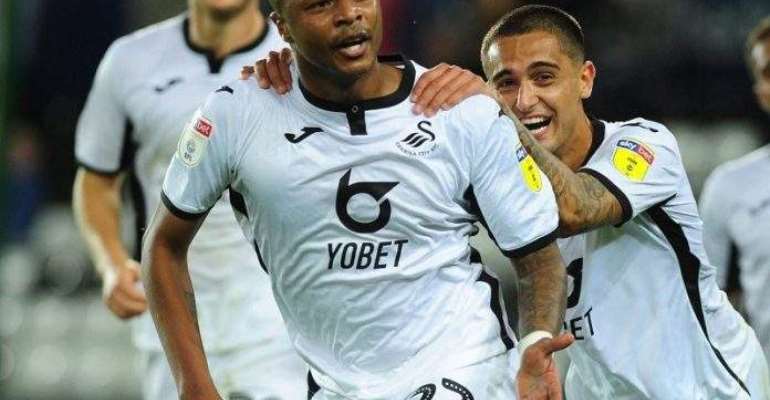 Ghana captain Andre Dede Ayew was at the double this afternoon to inspire his Swansea City side to a convincing 3-1 win against Middlesbrough at the Liberty Stadium in the English Championship.

The Swans went into the match on the back of six matches without a win where they had drawn three and lost three in the process.

In need of a win to get their season back on track, manager Steve Cooper guided his side to an emphatic win that has now seen them occupying the 10th position and with 32 points.

Black Stars captain Andre Ayew who has been in fine form in the difficult period for Swansea City shot them into the lead when he converted a 22nd-minute penalty.

That goal separated the two sides but a 59th-minute strike from Marcus Tavernier restored parity for Middlesbrough who resumed the second half with a lot of urgency in their play.

On the 71st minute, Andre Ayew netted his second goal to complete his brace after the away team had been reduced to 10-men following the sending off of Marcus Browne.

Andre Ayew lasted the entire duration of the match and now has 8 goals in all competition for the English Championship side.