VIDEO: Hearts Of Oak Does It Again; Unveils Richard Attah In Style 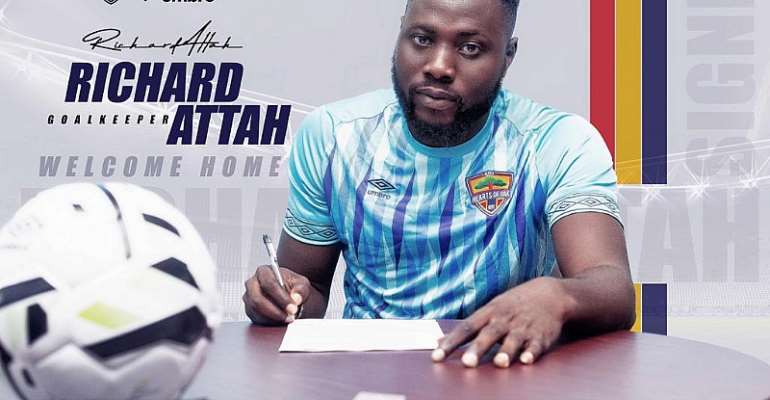 In recent times the Phobians have adopted the European style of player unveiling where they put together a short video after taking players to the team’s dressing room as well as their home venue, the Accra Sports Stadium.

In a video posted on the club’s official Twitter handle, Richard Attah has stressed that he is excited to be at the club while assuring supporters that he will put in good performances when the 2019/2020 Ghana Premier League stars.

“Richard Attah, being part of the Hearts of Oak family, in fact, I feel very excited. I have waited for this and finally, the day has come.

“Since I was young I have always watched Accra Hearts of Oak play. This is one of my greatest achievements”, the former Elmina Sharks goalie revealed.

Watch Richard Attah’s unveiling in the video below.