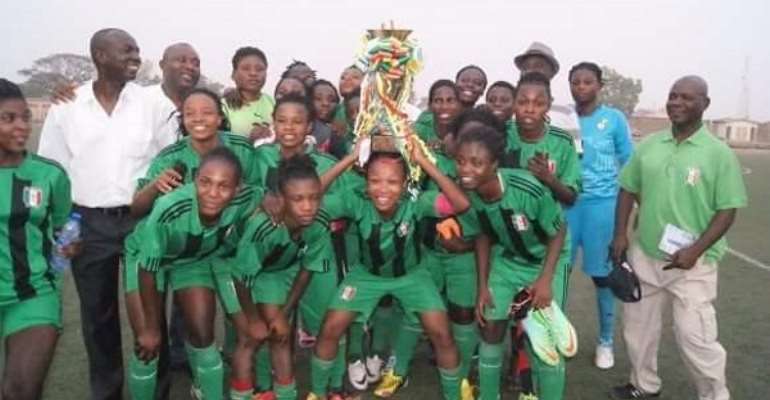 The Ghana Football Association (GFA) has officially announced that it has adopted a new logo for the Elite Women’s League ahead of the start of the new domestic football season.

Following the assumption of office of the newly-constituted GFA, they have been putting measures in place in a bid to see the return of the Ghana Premier League, the Division One League, and the Women’s League.

They recently formed a Women’s League Committee that has been mandated to run the league and see to it that the competition is developed and promoted properly.

Ahead of the League competition which has been scheduled to kick off in January 2020, the GFA has unveiled a new logo that is digital-friendly.

The beautiful logo features a female footballer in action with the Ghanaian colours of red, yellow, green and black fully represented.

The Women’s League together with the Premier and Division One will be launched on Friday, December 20, 2019, at the Accra Sports Stadium.

Below is the new logo for the Elite Women’s League.