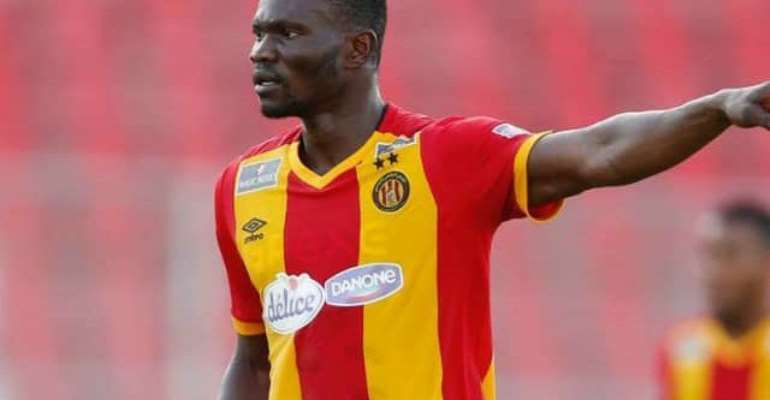 Ghanaian international Kwame Bonsu is starting for Esperance de Tunis this afternoon as they come up against Al Hilal FC in the second round of this season’s edition of the FIFA Club World Cup.

The Tunisian giant is participating in the global showpiece after emerging as winners of the last edition of the CAF Champions League competition.

The FIFA Club World Cup being hosted in Qatar is featuring champions from all football associations under the world football governing body plus the champions of the Qatar top-flight league.

In a quarter-final match this afternoon to kick off their campaign, Esperance de Tunis will be up against Saudi Arabian giant Al Hilal FC.

Former Kumasi Asante Kotoko midfielder Kwame Bonsu has been given a starting role in the middle of the park by his manager Moïne Chaâbani who has been impressed by the performance of the Ghanaian since joining the club.

The game is being played at the Jasmin Bin Hamad Stadium and will kick off at 14:00GMT.

VIDEO: Central bank backed digital currencies is the way for...
7 minutes ago