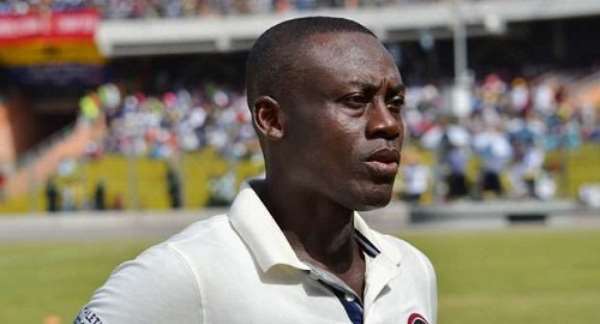 Assistant coach of the Black Meteors, Michael Osei has called on the Ghana Football Association to give the local coaches without a license A certificate time to acquire one.

Ahead of the 2019/20 season, the Club Licensing Board has directed all the Ghana Premier League clubs to ensure their coaches have attained a CAF License A certificate before they can be allowed to sit on the technical bench.

The GFA last on Monday released a list of coaches with CAF License A Certificate, the list revealed shocking names of coaches who have been performing well for the clubs but do not have the License A certificate.

According to Michael Osei, all that the local coaches need is time because some are performing well without the requisite certificate.

"The FA should give the local coaches without license A time to acquire their certificate, for example, an experienced coach like Johnson Smith who led Karela Fc to performed better in the league really shows he is competent and needs to be given the opportunity to work on his certificate. The FA should give them [Coaches without license A] some approved paper (certificates) for the meantime until they complete their license A certificate" He told Kumasi based OTEC FM.

The former Asante Kotoko and Star Madrid trainer advocates for more ex-footballers to venture into the world of coaching as they have the practical experience on the field.

"We the coaches with license A expect to have the old footballers on board to make our coaching system competent and competitive. Coaching is easier for former footballers because they have tasted the grass before, currently, a lot of coaches in Europe are former players so we need to find some way for our local coaches to acquire for the license 'A' certificates" Osei appealed.