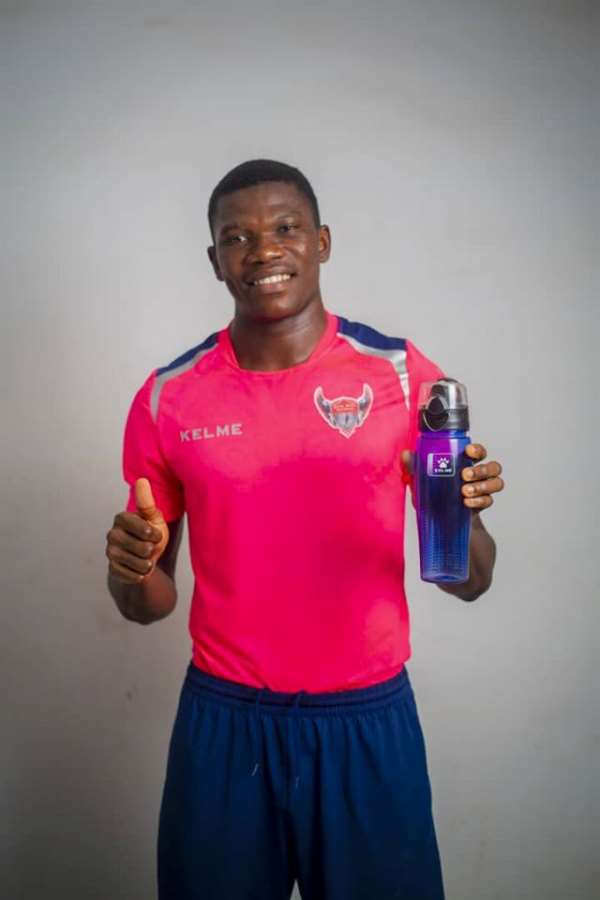 This is a star boy in the making, according to his coach/manager, Austin Athan.

Utim is 6.1 and he will be one of the best things to happen to the Ghana Premier League.

In a few years time, he would be ready for the bigger leagues in Europe. His management has a plan and a program for him to play in the local league with a good club for a season before moving him to a big club in Europe and China

Godfrey Ultimate is 18 years rising star who wants to be a profession: Football player. He loves playing as a Center Forward because he is a goal poacher and scores marvellous goals.

He was scouted during an international scouting event organized by Galaxy Sports Development China.

He is caught in between starting a career in China and choosing to ply his trade and gain experience in the African football league before heading abroad. He has since been linked to being the new sensation among his peers.

He is fast, skilful, strong, and mostly plays with both legs. He is currently in Ghana and might land a deal with a Ghanaian premier league team before the kickoff of the 2019/2020 season.