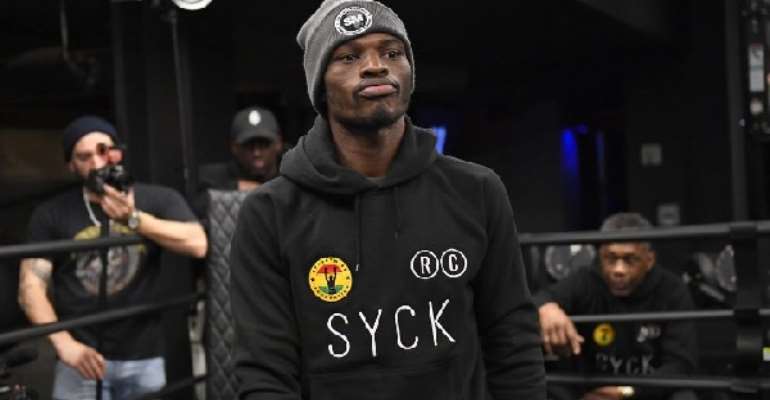 The power and big punching Richard Commey will once again prove why he is the most feared lightweight pugilist in the division when he mounts the ring this Saturday at the Madison Square Gardens against hyped Honduran-American Teofimo Lopez.

Commey 32, (29-2, 26KOs) who will be making a second defense for his IBF lightweight title after defending it successfully on a round 8 KO over former WBO lightweight champion Raymundo Beltran. Commey, who has been very dogmatic with religion and the God factor in all facets of his life believes that this particular fight is for God and country, ” If I’m in the ring, it’s not about me, it’s about fighting for Ghana and making a better life for me and my family— and you do that by winning. This is the only thing God gave me and it’s my job. Every time I fight, I want to put a smile on people’s faces. I don’t like to say too much. I commit myself to my sport.” Commey said. “This Saturday will not be an exception but rather will be a spectacular performance from me” the Ghanaian added.

Commey aka Azonto prides himself in his vast experience and the fact that he has been tested twice with big fights which he believes he won on both occasions but the politics of boxing snapped the win from him, unlike Lopez who is yet to be tested. ” He has not really been tested, I know he’s a tough fighter. But I’ll put it on my life just to retain my title. It means that much to me. What will he do when someone punches back? I’m going to be the best on the night. I’ll win” Commey hastily responded when quizzed on whether Lopez will be a tough customer for him.

The Ghanaian fans and many admirers of Richard ‘Azonto’ Commey at Akoto Lante, Bukom, James Town, Chorkor, Korle Gonno, Mamprobi and Dansoman are very expectant of a massive and convincing win this Saturday and waiting with bated breath to celebrate with him as he looks forward to becoming the unified champion of the division.

BoxingGhana.com will be following with keen interest to report any development during and after Saturday the 14th of December.