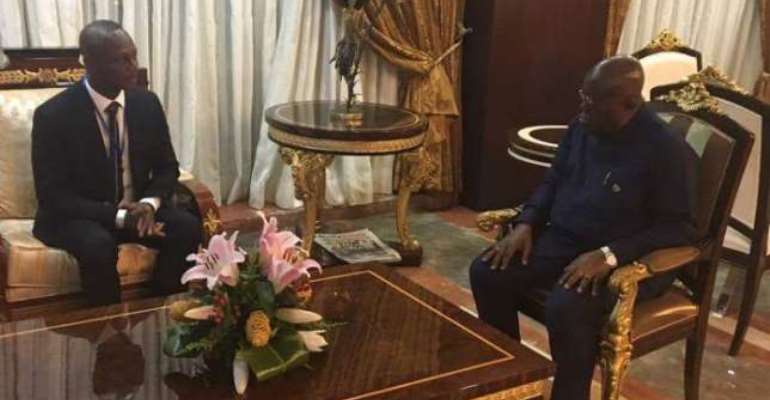 President Akufo-Addo says he doesn't want to meddle in the Black Stars regarding head coach James Kwesi Appiah but rather he wants the Ghana Football Association (GFA) to decided on matters.

The first gentleman of the land made this know at a meet the press series at the Jubilee House in Accra on Friday when Multimedia's Patrick Osei Agyeman aka Countryman Songo inquired about what he made of the gaffer’s future.

President Nana Addo observed, “I think this is a difficult question. If I say yes, then it will create something else and if I say no, then there is no way they [the GFA that appointed Coach Kwesi Appiah] can act otherwise. So I will stay away from such matters”.

There have been several calls for the sacking of the Black Stars manager following Ghana’s disappointing performance at the 2019 CAF Africa Cup of Nations (AFCON) tournament which was hosted in Egypt earlier this year.

The team only managed to reach the round of 16 before they were knocked out by Tunisia on penalties.

With Coach Kwesi Appiah’s contract set to expire this month, reports indicate that those in authority want him to be given an extension.

Meanwhile, there remain strong calls from a section of the populace for the coach to be axed.