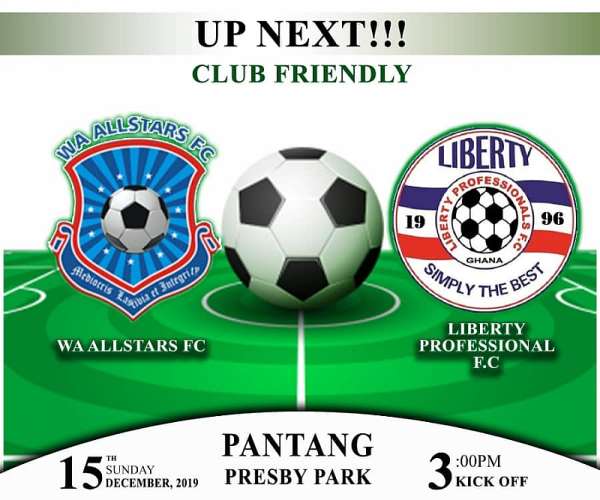 The upcoming top-flight season is expected to be tougher and longer especially with 18 teams set to compete from the beginning while as many as five will be relegated at the end of the campaign.

All the participating clubs are therefore putting things in order to have a solid squad that will be able to properly compete throughout the campaign to ensure they keep hold of their Premiership status.

In a bid to intensify training, Wa All Stars who have played quite a number of friendlies in the past week has announced that they will be coming up against Dansoman-based Liberty Professionals this weekend.

The match will be played on Sunday, December 15, 2019, at the Pantang Presby Park.

The match which will give both managers the chance to assess the strength and weaknesses of their respective squads will kick off at 15:00GMT.

Meanwhile, the Ghana Premier League season will start on the weekend of December 27-29, 2019.