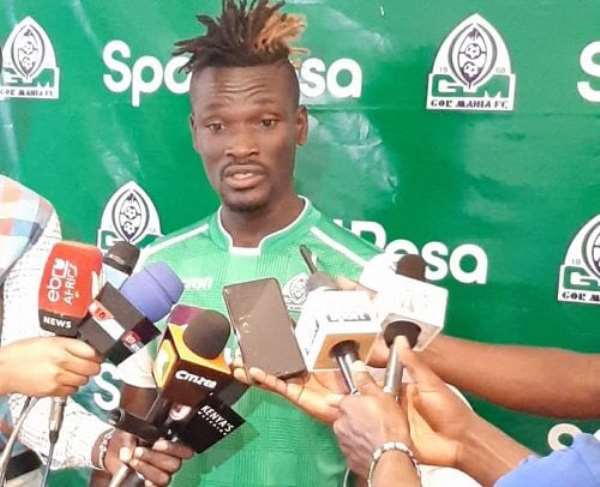 Gor Mahia striker Francis Afriyie says he is not bothered about being left out of the Black Stars despite his fine form.

The Kenyan based player after impressing so well for Gor Mahia was left out in Kwesi Appiah's squad that played South Africa and Sao Tome in the 2021 Africa Cup of Nations qualifiers last month.

But in an interview with Bryt Power Sports, the former Bechem United player noted he is looking forward to future opportunities.

"No, I'm not worried at all because I know God's time is the best. I know I am a good player so I think at the right time I will play for the national team," he said.

Francis Afriyie currently has 9 goals to his credit in 11 matches so far for his club.