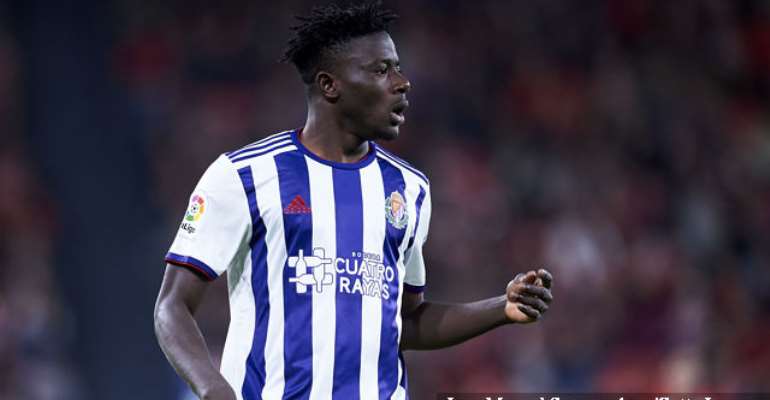 Director of Real Valladolid, David Espinar says they are ready to replace Mohammed Salisu but clubs must be prepared to pay his buy out clause.

The Ghana centre back who moved to Spain in 2017 has been sensational after forcing his way into the Valladolid first-team this season and has started every one of their 16 games so far in La Liga.

And, with a £10 million release clause in his contract, it is no surprise that the youngster has caught the eye of a number of clubs aiming to reinforce their defence on a budget.

Everton, Southampton, Newcastle and relegation-threatened Norwich City are all interested with the January transfer window just weeks away.

The 20-year-old might have been Valladolid’s most impressive performer in recent months, with the Pucelle sitting pretty in mid-table, but Espinar is not exactly suffering form sleepless nights with a key player’s future uncertain.

“Any player can be taken away. If you want Salisu, you pay (the release clause) and you take him,” Espinar admitted.

“We need to sell players, but also to compete. If Salisu left, I think we would have others (ready to replace him).”

Pucela Fichajes reported recently that Valladolid had hoped to tie Salisu down to a new contract with a bigger release clause, though negotiations appear to have hit a brick wall at the worst possible time.