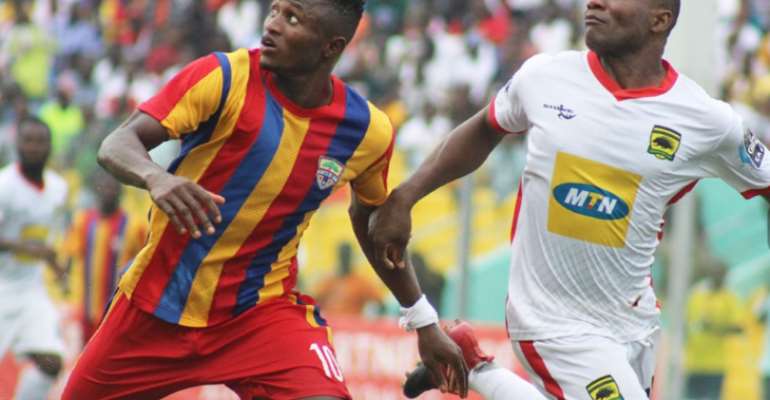 Ghana League Clubs Association (GHALCA) have rescheduled the 2019 President's Cup replay between Hearts of Oak and Asante Kotoko which was set to be played on Sunday, December 15, 2019.

The game was billed to come on at the Accra Sports Stadium but has now been pushed to December 22, 2019.

The initial match between the two clubs in September was called off after just five minutes due to the soggy nature of the field after a heavy down.

The match will serve as a good test for the Ghana Premier League giants as the kick of two times after playing the ceremonial match.

Reports the game has been postponed due to the bad nature of the Accra Sports Stadium after the pitch has used for series of events.

The match will now be played at the Baba Yara sports stadium in Kumasi.

Below is the statement signed by the chairman of GHALCA, Kudjoe Fianoo. 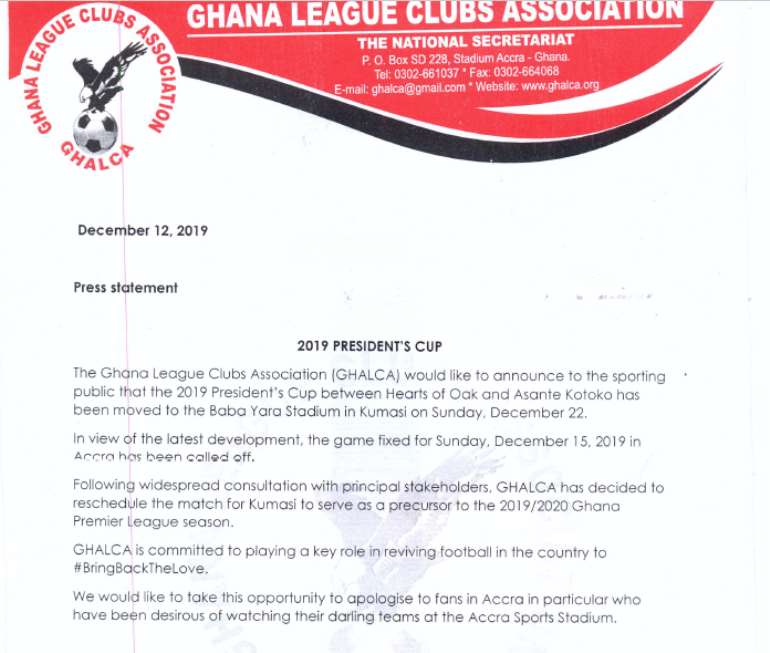