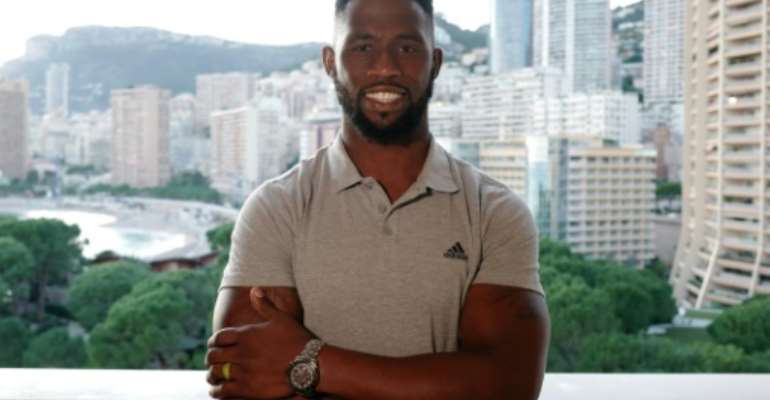 Siya Kolisi was in Monaco to collect a 'Champion of Peace' but looks forward to getting back to training. By VALERY HACHE (AFP)

For Siya Kolisi, who led South Africa to World Cup victory, the praise and prizes keep pouring down, but in Monaco on Thursday to collect a 'Champion of Peace' award, he insisted: "I'm still Siya."

"The more you start seeing yourself as this amazing hero or amazing person, that's when you stumble over your feet," Kolisi told AFP in an interview.

Kolisi, the first black captain in the Springboks' 126-year history led his nation to the world title in Japan at the start of November.

"I'm still on a high. Still happy. Enjoying every moment of this whole experience," he said, before adding that he was eager to get back to his job. "I'm ready to start working and going to training."

"Going to training makes me excited because I want to achieve more, I want to do so much more. I need to make sure I perform come next year."

Kolisi said that it was not until the team returned home that he appreciate the impact of their 32-12 victory over England in the World Cup final on November 2.

"We knew as a team as soon as we stepped foot in South Africa, we saw at the airport what it meant for the community back at home and how huge it was," he said.

"We were grateful to see that we are able to touch a nation, touch the world, doing what we love, playing sport.

"It was also huge for me to go home and see the people back at home how happy they were," said the 28-year-old Kolisi.

"It reminded us that we are able to do a lot of things with the power of sports."

"I can feel it changed a lot of things but I'm still Siya."

Kolisi, who has made his way to the apex of his sport from a deprived township near Port Elizabeth, was in Monaco for the annual awards ceremony for the Sports and Peace organisation.

'They can make it'

"It's a great honour and a privilege for me and it's great to see people recognise people that use their voice and use their platform and do some work off the field as well and it will inspire people to do more.

"We're not just sportsmen. We can do much more off the field."

"I love that the kids now know where I come from and that if they struggle, they can make it," he said.

"I'm still a person that can make mistakes but I try and do my best to inspire as many people as I can and I'm grateful they see me as a role model."

Yet he also expressed some ambivalence about receiving awards.

"You're playing a team sport and that always makes it hard to get individual accolades because there are so many people around me that have helped me.

"Among my team mates there are so many other leaders. I don't like taking all the credit because it's not just me, the coaches, the physios, everybody adds value to anything the team achieves."

Kolisi said that he believes sports stars have wider roles. 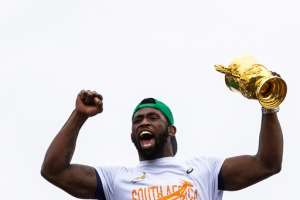 "I have always been helping the people back in my community," he said, saying that he helps his old club play and his school in rugby and also "gives the kids iPads they can use to learn maths, English and languages."

He launched a Kolisi boot with a South African company Freedom of Movement. It sold out, he said, explaining that the profits are now going to build a rugby field.

"I'm not competing with anyone. I'm just trying to do the stuff I dream about doing."

He said he hopes the rugby triumph can make South Africa as a whole better.

"We are hoping to carry through this momentum in other things. We are hoping that this achievement is inspiring people to do better for the country."

I'll not support LGBTQI even if it will cost my Parliamentar...
41 minutes ago