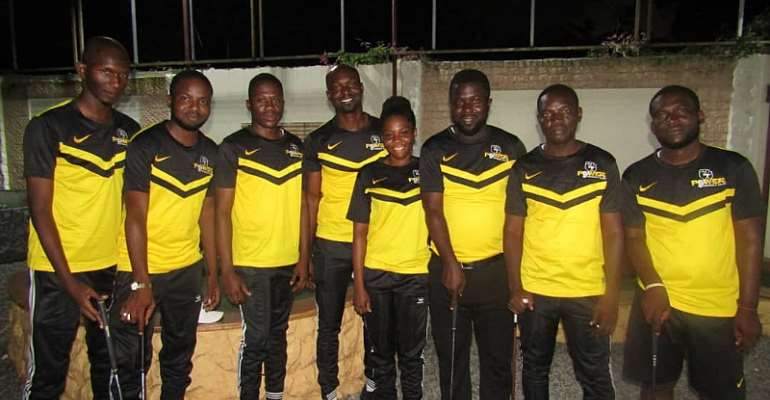 On matchday 4, Nutterz Putterz minigolf club has made a clear statement of their prowess and lead at the top of the League table of the 2019 Caesars Court Club League competition, now in its final week - Matchday 5

Nutterz Putterz has maintained the top spot on the League table with fifty (56) points; a seven (7) point lead between them and the Clubs in the 2nd & 3rd position i.e. Kama & Golden Putters Mini Golf Club who are both tied at 49 points. 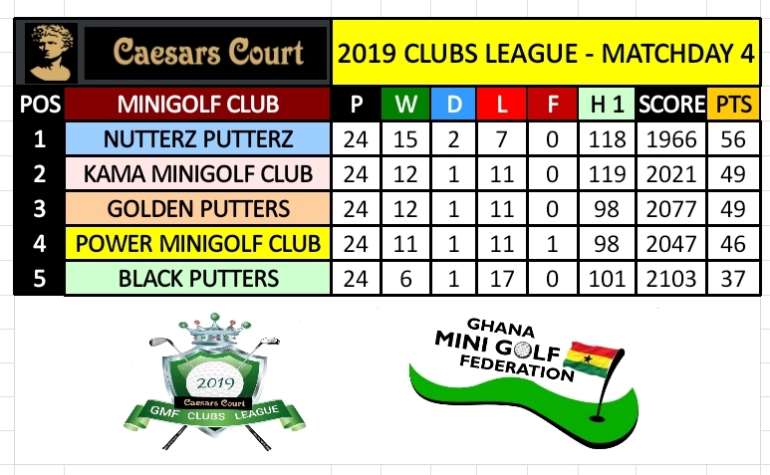 The competition is left with only six (6) Games per Club to go this Sunday, Dec 15th and Nutterz Putterz is likely to maintain top spot on the table and claim the title 2019 Champion Minigolf Club.

This means that there'll be a Three Horse Race to the finish line this Sunday see who'll grab the runner up position of the 2019 GMF Clubs League which will now be between KAMA, GOLDEN PUTTERS and POWER Minigolf Clubs

The climax of the competition will be the awards ceremony on Dec15th at 7 pm where after 150 Minigolf games played, the 2019 ultimate Club Winner, Runner up will be crowned with awards given as well to Clubs & players who have excelled during the past five Matchdays. 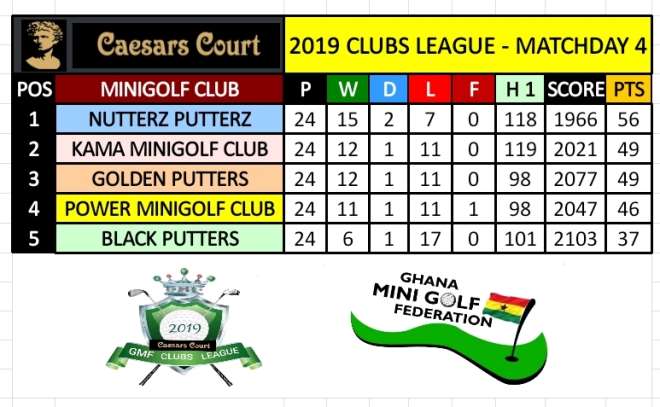