Playing For Black Stars Made Me Rich - Fatawu Dauda 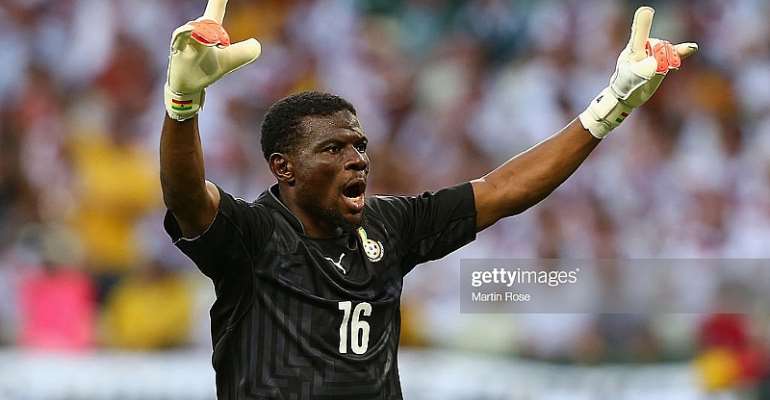 Former Ghana goalkeeper, Fatawu has admitted that he is wealthy because of playing for the Black Stars.

Making his Black Stars debut during Afcon 2008, the former Ashgold shot-stopper has been in and out of Ghana’s senior male national team for close to a decade.

Dauda openly admitted that his career and indeed his life, in general, has been positively impacted by the opportunity he received to represent Ghana through the Black Stars.

“Being in the national team is a very great achievement and we don’t feel as if we are professionals earning big money in Europe.

“To be frank the national team is doing the players a favour.

“It has done a lot for me in my life as I sit here.

“Even the car I drove here was given to me by the national team.

“The house that I am living in now I obtained from playing in the national team and same with the one I had before moving to this one.

“Through the national team I got that offer from Orlando Pirates, they didn’t come for me when I was playing with Ashanti Gold.

“Players can come to the national team and not get playing time but still end up with big contracts, so the team is doing us a favour,” he emphasized while speaking in an interview with Ghanaweb.

Dauda is back in Ghana after a stint in the Nigerian first division with Enyimba.