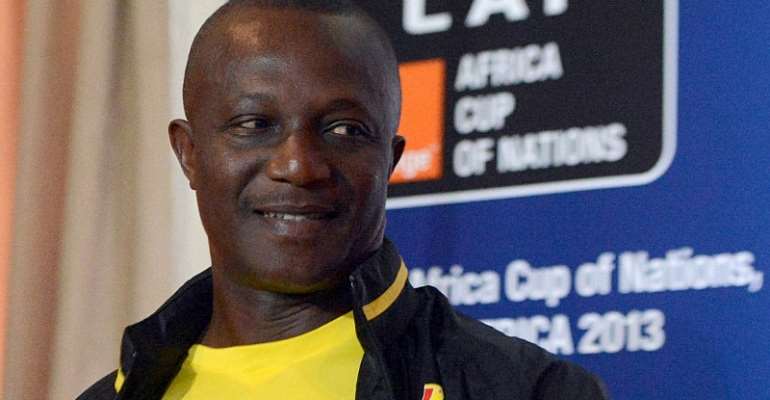 Head coach of the senior national team the Black Stars of Ghana, James Kwesi Appiah has revealed some tormenting moments he went through during his playing time at Asante Kotoko.

"I used to enter the washroom three times before games because of the enormous pressure on our shoulders to win the game," he told Kumasi based Light FM.

"I quickly psych myself and inculcate boldness in order to excel in matches played both home and away. The current crop of players should adopt such strategy and know the reason for playing for the club and what they want to achieve.

The Black Stars trainer expressed his interest in the adoption of penalties in a drawn game in the upcoming league saying.

"I perfectly agree to that arrangement because it will help the various coaches to teach and instil confidence in the players as to the techniques in taking good penalty and ultimately breaking that penalty shootout setback the country is facing in major tournaments over the years."

The former Asante Kotoko defender concluded by congratulating Maxwell Konadu upon his appointment and canvass support from the fans to make him successful in his second coming quoting.

"It is a very good appointment from the management of Kotoko. Maxwell is a former player who knows the ins and out of the club and I think with the total support from the fans he will excel in his second coming."