UCL: Partey Elated After Helping Atletico Madrid Advance To Round Of 16 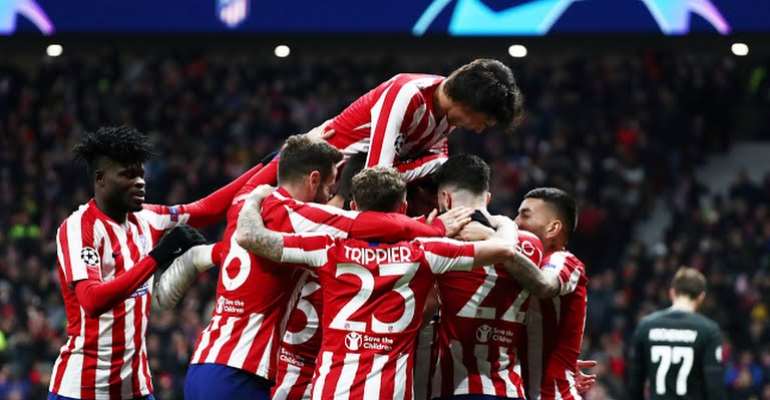 Ghanaian midfielder Thomas Partey has shared his excitement after playing a key role for his Atletico Madrid side in their win against Lokomotiv Moscow which secures them qualification to the round of 16 of the Uefa Champions League.

Pitted in Group D of the group stage, the Spanish club hosted their counterpart from Russia on Wednesday night to conclude the last round of matches in the series.

At the end of a pulsating match at the Estadio Wanda Metropolitano, Atletico Madrid emerged as 2-0 winners courtesy goals from wonderkid Joao Felix and Felipe Augusto.

In a post-match interview, Thomas Partey who played 90 minutes in that crucial match shared that the entire team is happy for the results.

“We are happy because you know we needed this victory because we were having a lot of great games but we could not win the previous games and today it is very important and we are happy with the victory”, the Black Stars midfielder said.

Atletico Madrid finished second on the Group D standings with 10 points, behind Juventus who finished first with 13 points.