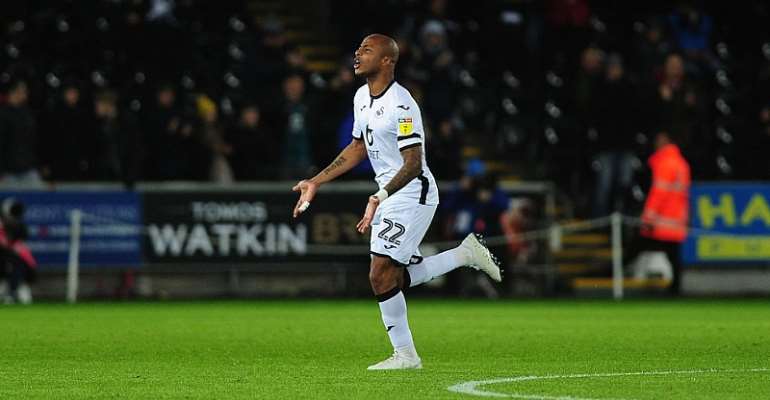 Swansea City’s winless run continues in the English Championship as they were held to a 1-1 draw at the Liberty stadium by Blackburn Rovers on Wednesday night.

The Jack Army went down to a fourth-minute strike from Danny Graham and a third defeat in a row were staring at them in the face.

However, talisman and skipper of the Black Stars Andre Ayew found the back of the net with a tenth-minute header to level the scores for the home side.

Despite dominating possession the Welsh club could not find a way past Blackburn continuing their slump in form.

Andre Ayew, on the other hand, lasted the full duration of the game, playing in a front three comprising Celina and Sam Surridge.

Swansea who have seen a dip in form last picked the three maximum points in the Championship on November 2 against Wigan and the last time they bagged a win at home was October 27 against Welsh rivals Cardiff City.