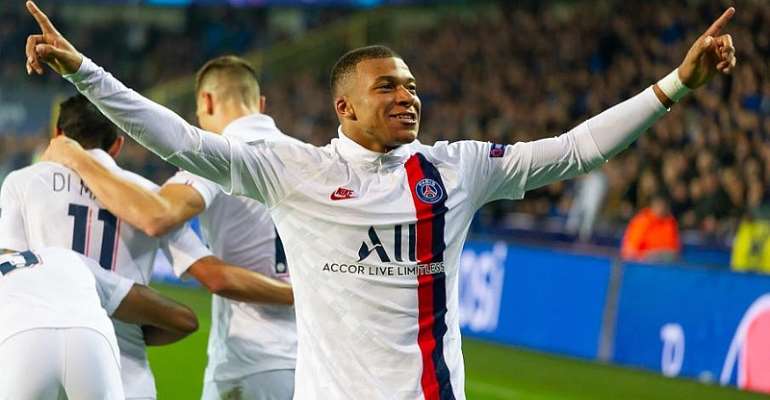 Neymar marked his first start in a Champions League game in a year by scoring one goal and setting up two more as Paris Saint-Germain cruised to a 5-0 win over Galatasaray on Wednesday.

Mauro Icardi and Pablo Sarabia netted in the first half at the Parc des Princes, with the world's most expensive player getting his team's third within two minutes of the restart.

Kylian Mbappe scored the fourth goal and substitute Edinson Cavani added a late penalty as PSG – who had already qualified for the last 16 as group winners - made it 16 points out of a possible 18 in Group A to finish five points ahead of Real Madrid.

Despite PSG already being comfortably through and France being in the grip of a transport strike that has almost completely shut down the Paris metro system, the Parc des Princes was still largely full for this game.

That included a sizeable travelling support, and there were incidents outside the stadium ahead of the match between rival fan groups, with police responding by firing tear gas before calm returned.

The game itself carried the air of a training exercise for the home side, with PSG coach Thomas Tuchel resting stars such as Angel Di Maria, Thiago Silva, Marco Verratti and goalkeeper Keylor Navas.

Sergio Rico made just his second appearance in goal since signing on loan from Sevilla at the start of the season, while Argentine international Leandro Paredes was handed a rare start in midfield.

Alongside him was the 17-year-old Tanguy Kouassi, who made his senior debut in a Ligue 1 game at Montpellier last weekend and has still not signed full professional terms.

A YEAR IN THE WILDERNESS
The two biggest stars were on the pitch, however, and both Neymar and Mbappe proved too hot for the Turkish champions to handle.

Mbappe lifted the ball over advancing Galatasaray goalkeeper Fernando Muslera, leaving Icardi with an easy finish into an empty net to make it 1-0 just after the half-hour mark.

It was Icardi's 12th goal of the season and it was followed three minutes later by Sarabia controlling Neymar's pass and firing low across Muslera into the far corner.

Neymar had last started a Champions League game precisely one year ago, scoring in the 4-1 win away at Red Star Belgrade at the end of last season's group phase.

He then missed both legs of the last-16 defeat against Manchester United due to injury, sat out the first three games of this European campaign because of suspension, and was injured again for the following match, a 1-0 win over Club Brugge.

He returned for the 2-2 draw at Real Madrid a fortnight ago, but only as a substitute.

The Brazilian collected Mbappe's lay-off and fired low into the net to make it 3-0 in the 47th minute and then returned the favour, releasing the French World Cup winner to score his fifth Champions League goal of the season and make it 4-0 after the hour mark.

All that was left was for Cavani – the real PSG fans' favourite currently relegated to the role of back-up – to convert a late penalty, making it 5-0 after Mbappe had been brought down.

Galatasaray, in stark contrast to their opponents, finish with a paltry one goal and two points in the group and miss out on the consolation of a Europa League spot in the new year to Club Brugge.

VIDEO: Central bank backed digital currencies is the way for...
12 minutes ago