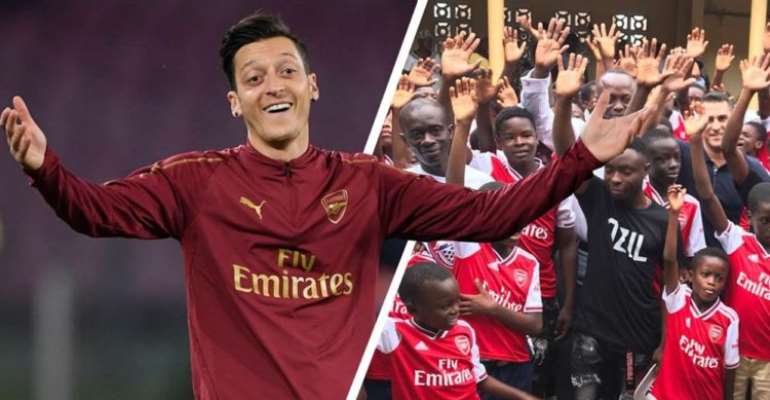 Arsenal forward, Mesut Ozil has expressed excitement after learning a colts club in Ghana have renamed their side after him.

The name of the club is Abiriw Ozil Football Club and it is located in the Eastern Region of Ghana.

Before the renaming, it was a small-town club in Abiriw called Young Boys FC.

According to a report by Goal.com, the former Real Madrid ace agent made a trip to Ghana and presented the club 80 signed Ozil shirts – that’s what gave them an idea for a new name.